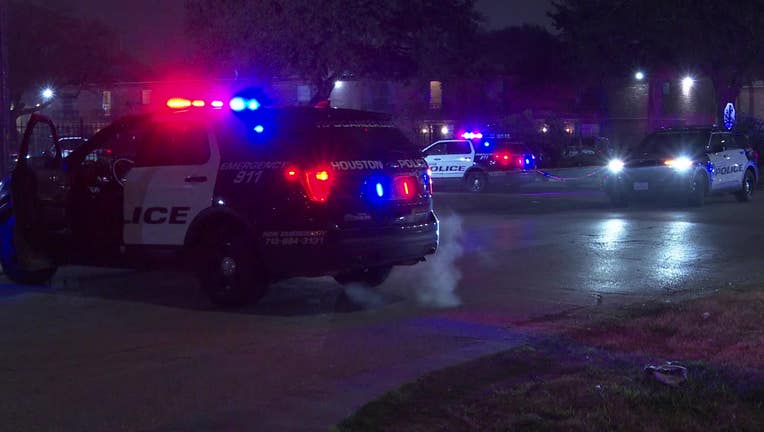 The Houston Police Department investigates a deadly shooting on Rosamond.

HOUSTON - Police are investigating the deadly shooting of a woman in north Houston late Wednesday night.

The victim’s identity has not been released, but authorities say she appears to be in her early 20s.

Police say the woman was walking back to an apartment complex after leaving a store across the street where she had been with a friend.

The woman was in a parking lot when a witness saw a white minivan or SUV pull up near her. Police say the woman appeared to turn toward the vehicle and may have been talking to someone.

A shot was heard, and the vehicle left the scene, authorities say.

The woman was found dead with at least one gunshot wound.

No suspects have been identified. The investigation is ongoing.