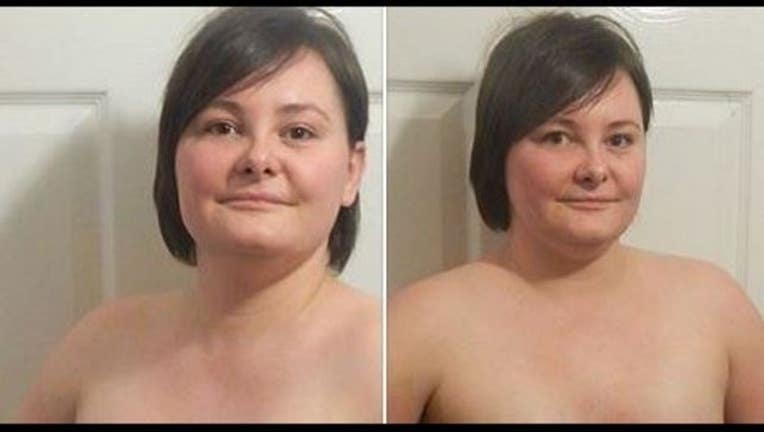 A woman who underwent a double mastectomy has posted her surgical scars to Facebook to “show everyone that having a mastectomy is absolutely nothing to be ashamed of.”

Catherine Keeney, who is the sister of Amanda Stewart, another woman who posted her post-surgery scars to Facebook, refuses to take down the photos, despite getting messages saying they are inappropriate.

“I am trying to raise awareness to a sensitive subject and if people don’t want their kids to see it maybe their kids shouldn’t be on Facebook as I’m sure there are a lot more offensive things to be looking at than a woman’s scars,” writes Keeney.

Catherine Keeney, Amanda Stewart and three of their cousins all opted to go through with surgery as all of their mothers had suffered from breast cancer, putting them at high risk of also developing it.