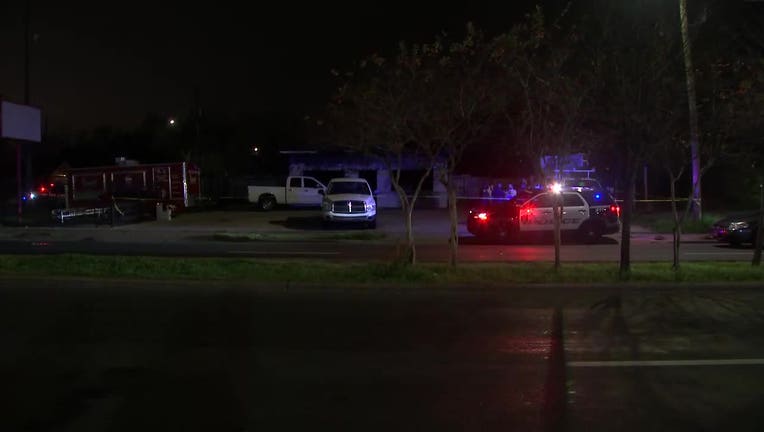 A woman was fatally shot behind a building in Houston's Sunnyside neighborhood on Thursday night. (FOX 26 Houston)

HOUSTON - A woman died after she was found shot behind a building in Sunnyside.

Houston police officers responded to the scene on Cullen Blvd near Larkspur Street around 7 p.m. Thursday.

The woman, who is believed to be in her 30s, had been shot twice. She was taken to the hospital and was pronounced deceased.

Investigators are gathering surveillance video from nearby businesses. There is no description of a suspect or suspect vehicle at this time.

Anyone with information is asked to call Crime Stoppers at (713)222-TIPS.