This district was recently created after redistricting in the 2020 census. This 2022 midterm election marks the first time it is contested. 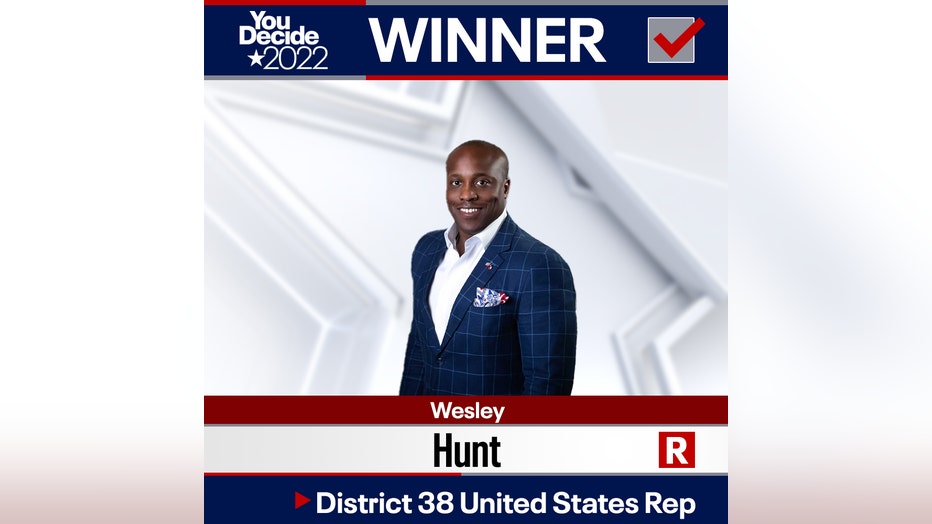 Hunt is active in many organizations around Houston. He serves on the board of trustees at St. John’s School and has served as a mentor to youth in the community both at MacCormick Juvenile Detention Center and Big Brothers Big Sisters in Austin, TX.

He has also served in the U.S. Army, was deployed into combat zones, and completed 55 air missions as a helicopter pilot.