Water rescue is underway in west Houston after a boat accident near Katy Freeway and North Eldridge Parkway.

Hidalgo said the incident occurred on Buffalo Bayou in Katy in west Houston near Katy Freeway at N. Eldridge Parkway.

Hidalgo said the employees struck an underwater obstruction during a routine maintenance operation.

SkyFOX captured numerous fire trucks that were used to block traffic as firefighters worked to save the employees. 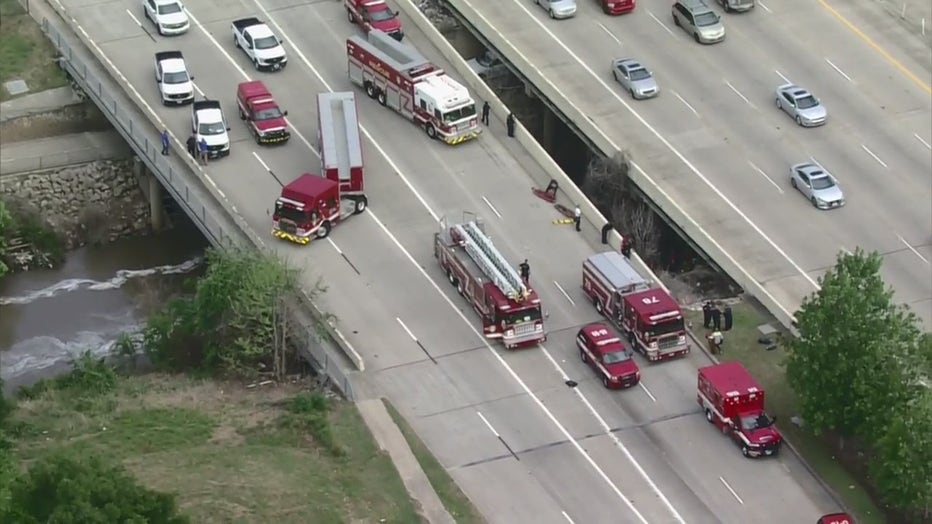 One person was airlifted to the hospital by LifeFlight. Three other civilians are being evaluated at the scene.

No word yet on the condition of the person who was airlifted.