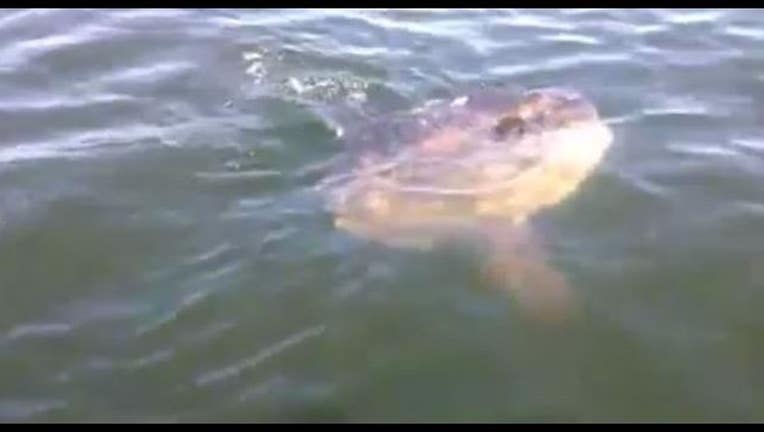 It's not certain how the two stumbled across this sea creature, but it really became their shock of the summer in a Facebook video that's now going viral.

Michael Bergin, from Malden, Massachusetts, uploaded the video to his Facebook page, as he and Jay Foster set out on a fishing trip to end the summer.

When they came across the "sea turtle", "sea monster", "thing", the shock became really evident as Bergin's thick Boston accent came out in full force.

"That thing looks dead! We need to call the aquarium or something dude!", Bergin is heard saying.

According to the New England Aquarium, the sea creature is a an ocean sunfish, or Mola mola. These fish are the largest bony fish in the world, and an adult can weigh more than 2,000 pounds!

The video was uploaded to Facebook on September 23, and we warn you, it contains a lot of profanity that may not be appropriate for young viewers.