A deer that made its way into a Walmart in Baraboo, Wisconsin, was tackled and pinned to the floor of the store by an intrepid employee, footage shows.

BARABOO, Wis. - Shocking video recorded an intrepid Walmart employee pinning a deer to the ground after it wandered into a store on June 23 in Baraboo, Wisconsin.

The deer was allegedly tackled by a fearless employee before being pinned to the ground. 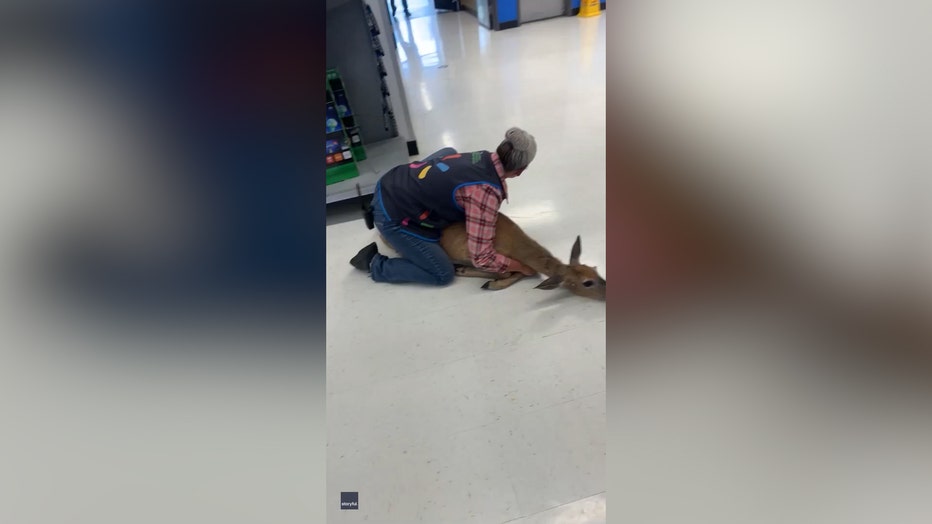 Video captured the moments just after the employee was able to restrain the animal on the floor. The deer struggled and attempted to wriggle out of the employee’s grasp but was unsuccessful.

The animal was "safely" released outside and no injuries were reported, according to local news media.