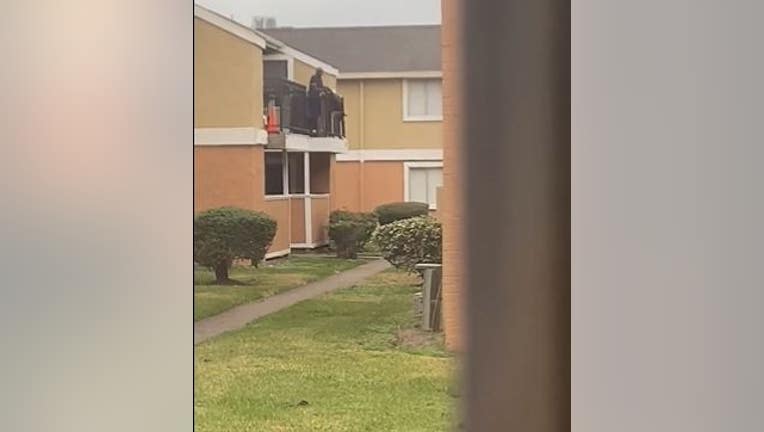 (Screenshot from video provided by Houston SPCA - Shared with permission)

HOUSTON - Authorities are investigating an animal abuse incident Wednesday after a man was caught on video dangling a dog over the balcony of a west Houston apartment.

Video shared by the Houston SPCA shows the man grabbing the dog by the tail as the pup whimpers on the balcony rails of the apartment and sets him down.

The owner repeats this act several times against the 1-year-old German Shepard mix, holding him nearly 15 feet above the concrete before pulling him back onto the patio. The incident was reported to officials, and they were able to quickly get the dog out of harm's way.

"More people use images and video now to help report animal cruelty, especially against those who dare to commit these heinous crimes out in the open," Chief Cruelty Investigator at the Houston SPCA Adam Reynolds said. "It’s critical to call us or report cruelty online because it helps save lives." 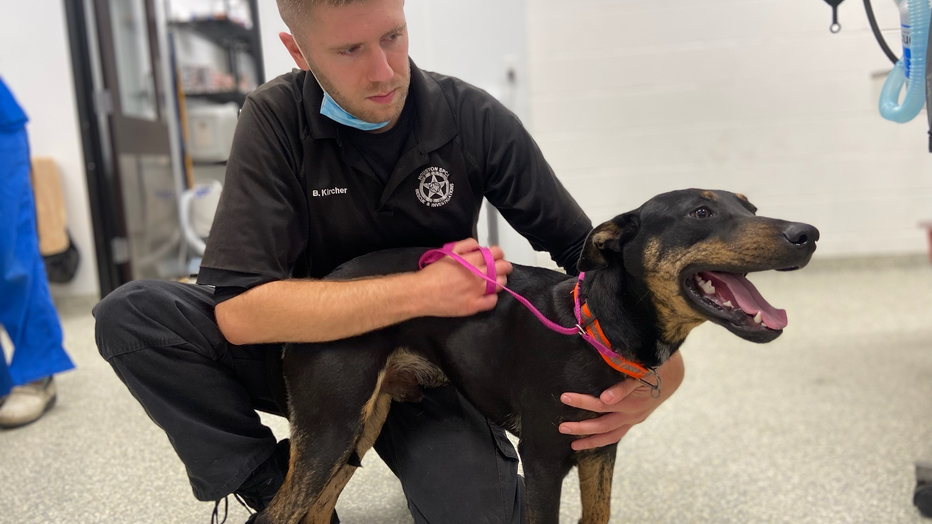 Officials say the dog was rescued Tuesday and is currently with the Houston SPCA under the care of veterinary staff. Meanwhile, officials say the unidentified man is expected to show up in court very soon. This means a warrant has been served but no criminal charges have been filed yet since it's a civil case, but this could change depending on the case's development as it reaches the district attorney's office.

"When citizens step up to report cruelty, it helps us enforce the message that animal abuse crimes are not tolerated and there will be consequences for harming an animal in Harris County," Harris County Precinct 1 Constable Alan Rosen said. 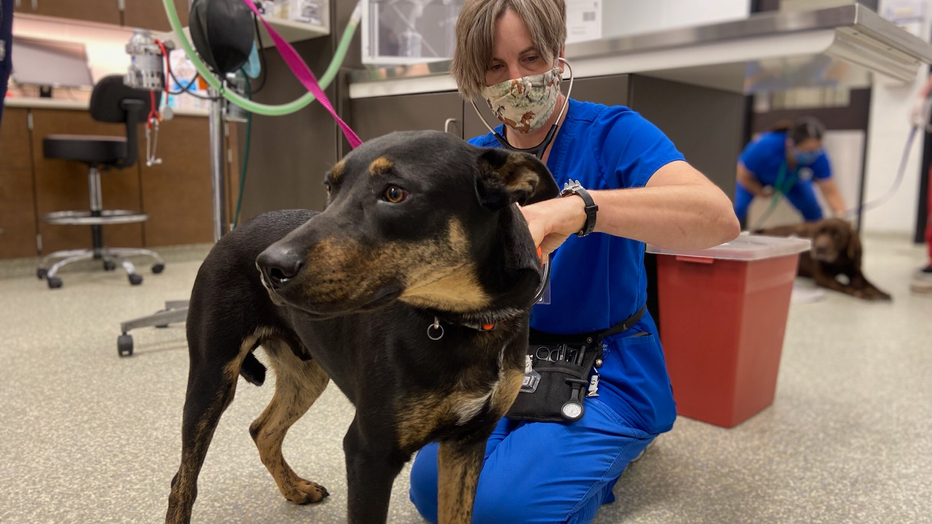