Death toll from COVID-19 climbs to 6 in Washington

Health officials said Monday that the latest deaths bring the total to six in Washington and the United States.

SEATTLE - Four more people have died from the new coronavirus in Washington state.

Health officials said Monday that the latest deaths bring the total to six in the state and the United States.

RELATED: Coronavirus: Symptoms, testing and how to prepare amid growing COVID-19 outbreak

A female in her 70s, a resident of LifeCare, was hospitalized at EvergreenHealth in Kirkland. The woman had underlying health conditions, and died on March 1, Q13 FOX in Seattle reported.

A male in his 70s, a resident of LifeCare, was also hospitalized at EvergreenHealth in Kirkland. The man had underlying health conditions, and died on March 1.

In addition, a woman in her 80s, who was already reported as in critical condition at Evergreen, has died on March 1.

A female in her 80s, also hospitalized at EvergreenHealth in Kirkland, has now died.

A male in his 70s, hospitalized at EvergreenHealth, had underlying health conditions and died on Feb. 29.

A man in his 50s was hospitalized and died at EvergreenHealth. 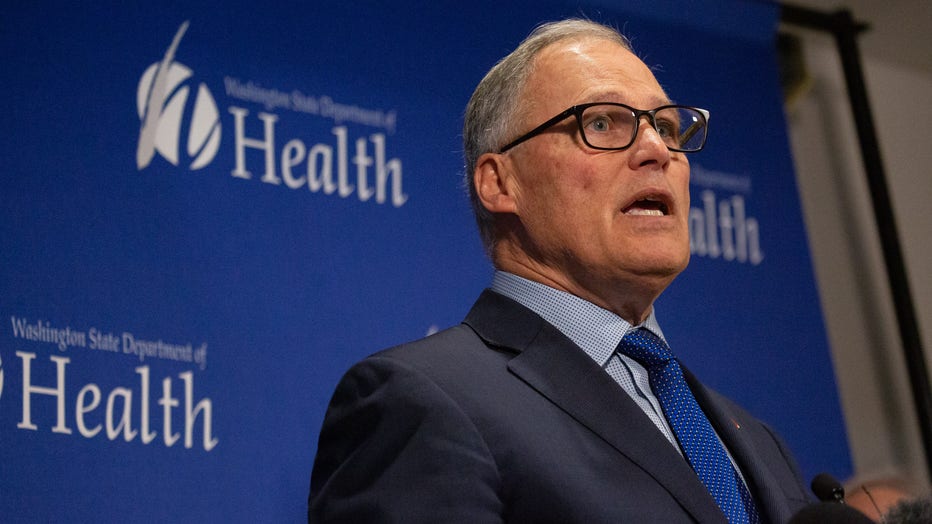 FILE - Washington state Governor Jay Inslee speaks during a press conference about the first confirmed U.S. case of a virus known as the 2019 novel coronavirus at the state Public Health Laboratories on January 21, 2020 in Shoreline, Washington. (Photo by David Ryder/Getty Images)

“We have moved to a new stage in the fight to contain and mitigate this outbreak. King County is aligned and organized behind this common mission, with Public Health – Seattle & King County as our lead agency,” said Executive Constantine, according to the station. “We will direct all available resources to help cities, health-care facilities, businesses, and families continue life as normally as possible. But our best strategies depend on millions of residents actively following established disease prevention guidelines.”

The first death in the U.S. from COVID-19 was a Washington man who visited China.

Researchers said earlier that the virus may have been circulating for weeks undetected in Washington state.

Democratic and Republican aides in the U.S. say negotiations on a bipartisan, emergency $7 billion to $8 billion measure to battle the new coronavirus are almost complete.

The measure appears on track to be unveiled as early as Tuesday, and the hope is to speed it quickly through both House and Senate by the end of the week.

The measure would finance both federal and state response efforts, fund the federal government’s drive to develop and produce a vaccine, and offer Small Business Administration disaster loans to help businesses directly affected by the growing coronavirus crisis.

U.S. Surgeon General Jerome Adams is calling for caution but “not panic” over the spread of the coronavirus.

He and state Public Health Commissioner Renee Coleman-Mitchell urged the public to take precautions such as washing hands, elbow “bumping” instead of hand shaking and getting flu shots.

They said flu shots would decrease the number of people hospitalized because of flu and free up space, if needed, to treat patients sickened by the coronavirus.

Adams also defended the Trump administration’s efforts to contain the spread of the virus, saying it has “done a good job of limiting coronavirus entry into the United States.”