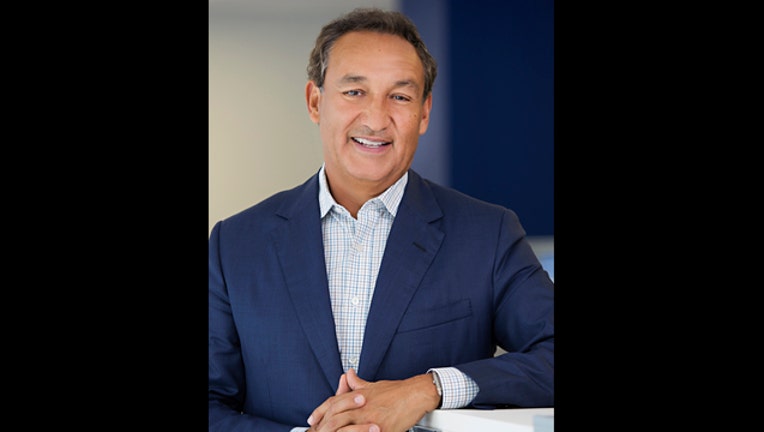 United Airlines said Friday that its new CEO, Oscar Munoz, has been admitted to a hospital. The airline gave no explanation or details of his condition.

United Continental Holdings Inc. said Friday that Munoz's family informed the company that he was admitted to a hospital on Thursday. The company, based in Chicago, said in a short statement that it is continuing to operate normally. It did not respond to requests for additional comment.

Munoz, 56, was named CEO of United Continental Holdings Inc. on Sept. 9 after the company made a stunning announcement that CEO Jeff Smisek had stepped down. Smisek faced questions about whether United sought favors from the officials who operate the New York-area airports. Federal prosecutors are investigating United's ties to David Samson, the former chairman of the Port Authority of New York and New Jersey and a political ally of New Jersey Gov. Chris Christie.

Munoz was a railroad executive who had spent 11 years on the boards of Continental Airlines and United Continental, which was formed by the 2010 merger of United and Continental.

In a newspaper ad this month, Munoz apologized to customers for problems that have plagued United since the merger, including several technology outages that have caused large-scale flight delays and cancelations. United's on-time performance has trailed its three biggest peers — American, Delta and Southwest — so far this year. In the ad, Munoz said United had failed to live up to its promises and vowed, "That's going to change."

He has offered few details, however. On an introductory conference call with Wall Street analysts last month, Munoz said United must convince customers that it will improve customer service but added, "That is going to take a lot of time and effort." Since then, he has been meeting with some of United's 85,000 workers around the country.

While United was slower to return to profitability after the financial crisis that began in 2008, it has posted record profits recently, helped by cheaper jet fuel. The Chicago company earned $1.7 billion in the first six months of 2015, although revenue slipped 2.6 percent.