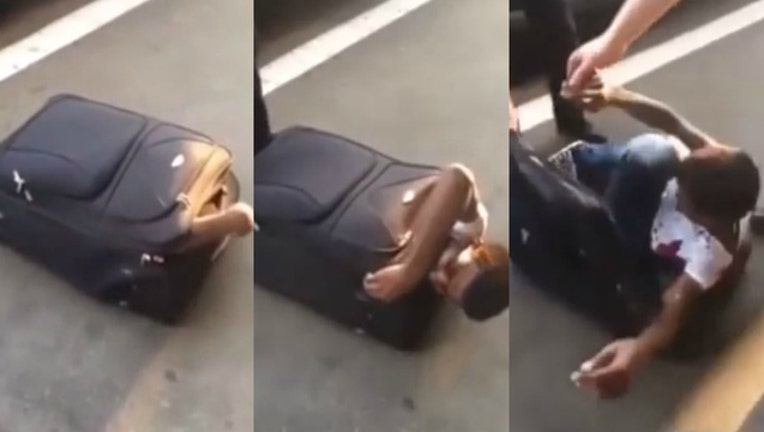 FOX NEWS - This looks like a terrible way to travel...

Cell phone video captured the moment an illegal immigrant emerged from a suitcase after stuffing himself inside to sneak onto a train.

The train stopped in Switzerland and the man, reportedly an Eritrean migrant, somehow managed to free himself with a little help from an officer.

He appeared to be about six-feet-tall, which made it all even more remarkable. The Sun reported that authorities had already been tipped off to two Eritrean migrants possibly being onboard the train and were planning to stop it after it crossed into Switzerland.