After two young men from the Houston area underwent heart transplants, they developed an unbreakable bond. It's a difficult thing to go through but having a knowing friend by their side is making it a lot easier.

They also share the same cardiologist at Memorial Hermann.

George has been suffering from cardiomyopathy, which is a disease of the heart muscle, for several decades.

Three years ago, while in his early 40s, he spent an entire year in the hospital fighting for his life.

"The sad thing was he had an adorable daughter who was so young, and we could go into his room every time and see all the pictures and the drawings of the daughter and there was no way for his daughter to connect to him while he was in the hospital," states Dr. Sriram Nathan, their Advanced Heart-Failure Cardiologist at Memorial Hermann and UTHealth.

"Finally, they were sending me home on Hospice and I told them - no, do a surgery! I want to fight - not just go home and die," exclaims George.

Even though that was a tough time for George, he was still able to be a positive force at Memorial Hermann.

"He had such a positive impact on all the nursing staff and the hospital staff that everybody was rooting for him that he would get a heart transplant. So, it was a long journey, difficult journey, ups and downs. And finally, he got an offer for a heart transplant, and he got transplanted," states Dr. Nathan.

'Don't even go home. Go straight to the hospital next door.'

Meanwhile, Miles' heart problems jumped up out of nowhere. It started out looking like a respiratory infection, until his feet started swelling.

"They ran some tests and told me my kidney and liver were not functioning at 100%. They said, 'Don't even go home. Go straight to the hospital next door,'" Miles recounts.

"It was very evident that he had advanced congestive heart failure and that he would also need to go through a left ventricular assist device," explains Dr. Nathan.

Miles wore that device, simply called LVAD, just like George did. It's a mechanical heart pump, and would help stabilize them until they could both find a donor match.

Miles was on the transplant list and at 28, he got his perfect match in July 2021. While that was a huge relief, it was still a time of recovery and adjustments.

"I was gaining weight, dealing with depression and anxiety, just kind of sad about the whole situation. I was happy to be alive, but always reminded of the things you've lost. I lost my mom to the same situation," states Miles.

Doctors at Memorial Hermann asked George if he'd mentor Miles, since he had volunteered at an earlier time to try to help other patients. 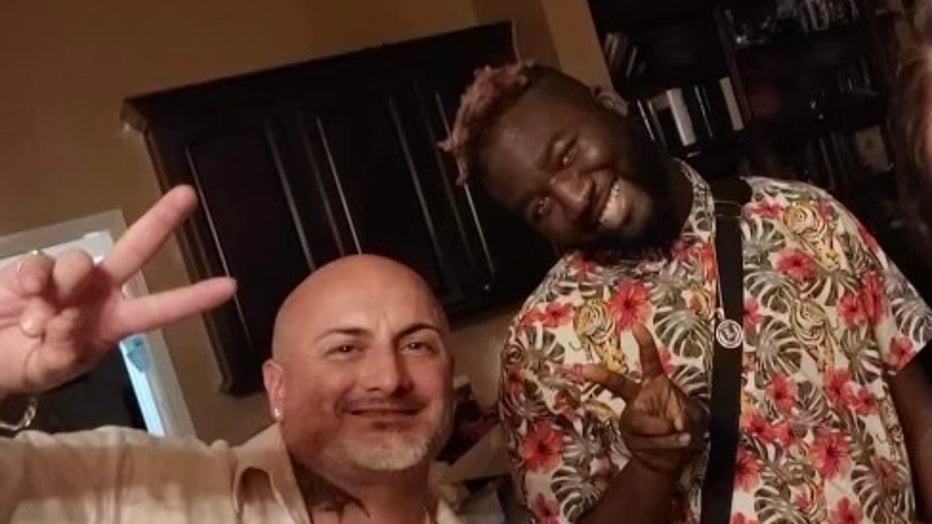 "I jumped all over it and went to the hospital, met him, and we've just been clicking ever since," says George. "There's back and forth and helping each other out and doing the dang thing."

The friendship helped Miles thrive. He even wrote and recorded a song about his situation. He released it during Heart Month in February.

While music has helped, so has George's mom, who also underwent a heart transplant 15 years ago. George shares her advice with Miles.

"Our friendship has helped us both out. Sometimes you get depressed, you have a hard day, feel sorry for yourself, and feel guilty and we're just there for each other through the hard times and be there for the good times as well. We both missed a lot of life and just trying to live it up and see some better things and be happy," says George.

George recently got to meet the family of his heart donor. It was one of the most emotional moments of his life, hugging the mom who had to let her 22-year-old son go, yet knowing George lived because of him.