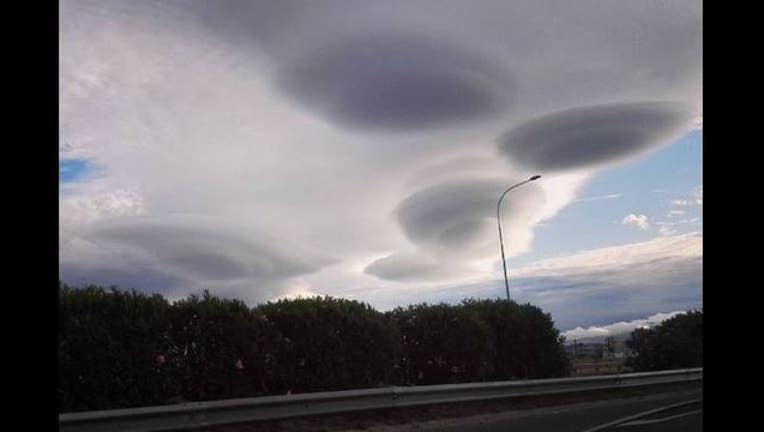 CAPE TOWN, SOUTH AFRICA - The X-Files is soon to return to FOX, but there's a new UFO sighting thats causing a stir on social media.

Residents in Cape Town, South Africa reported sightings of what they called UFO's across the evening sky. Although the photos do look quite convincing, National Geographic has debunked all UFO possibilities.

These clouds are actually called lenticular clouds, which form when strong, moist winds blow over rough terrain, such as mountains or valleys.As the wind flows over large features it may cool, causing it to condense into disk-shaped clouds.

The photo op made for quite a social media buzz, but don't believe what some alien life believers have to say about this being proof that the 'truth is out there'.