The true source of the lights was Elon Musk's SpaceX Starlink satellites.

Many FOX 4 viewers have sent in pictures and video of an odd sight in the North Texas sky on Monday night.

A mysterious line of lights were visible for many across the metroplex around 9 p.m., leading some to believe they spotted a UFO. 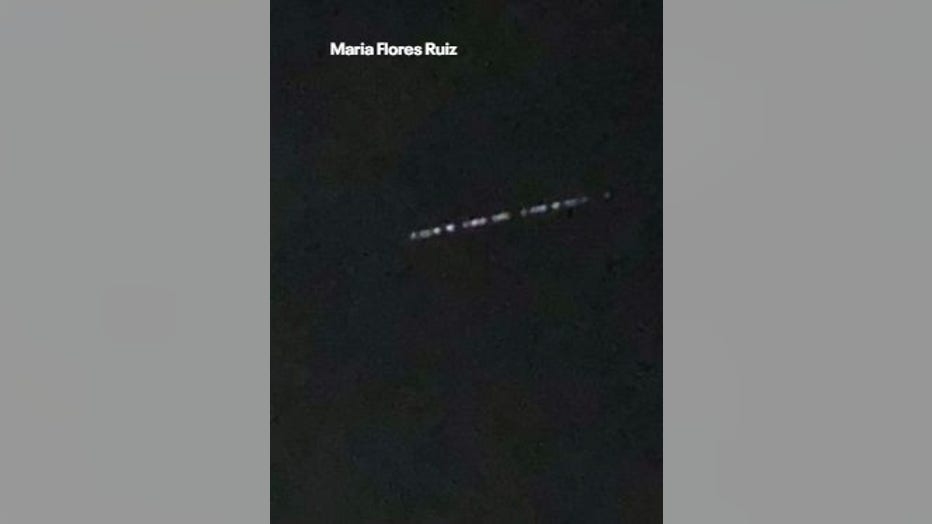 The true source of the lights was Elon Musk's SpaceX.

READ MORE: UFO in Texas? Mysterious lights caught on camera in Round Rock

The Starlink satellites are meant to help bring high-speed broadband internet to locations across the globe where internet may not be readily available.

Did you see the lights? Email us your photos and video at kdfw@fox.com