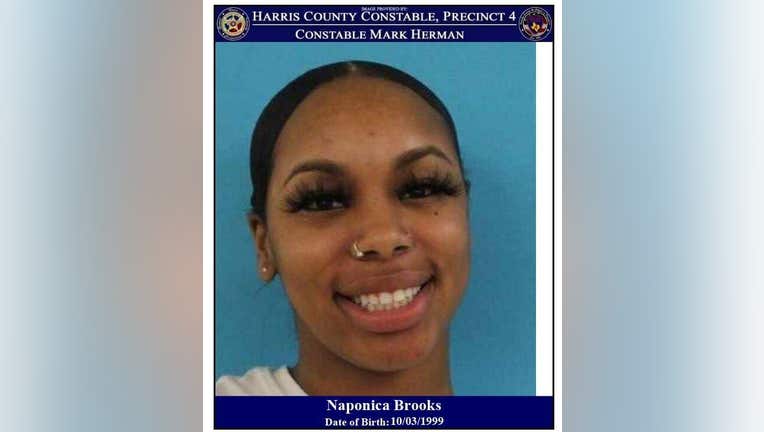 HOUSTON - An Uber driver is wanted on charges of assaulting a 73-year-old elderly female victim on Monday, deputies said.

According to Harris County Constable Precinct 4 deputies, they were called out to the 27200 block of Northwest Freeway in reference to an assault.

When deputies arrived, the 73-year-old victim told police that she was picked up by a female Uber driver. While they were traveling to the requested destination, the driver was texting while driving and almost struck another vehicle

The victim told deputies that she asked the driver, later identified as Naponica Brooks, not to text and drive. However, the Brooks became irate and pulled into a parking lot.

The victim stated that she tried to call 911, but Brooks snatched the phone and threw it on the ground before fleeing the scene, deputies said.

A witness observed the incident, contacted law enforcement, and provided a license plate number of the vehicle. Video surveillance also captured the incident.

Deputies said further investigation revealed the vehicle was linked to a recent aggravated assault with a deadly weapon case with the Baytown Police Department.

Authorities said the suspect in the Baytown case was identified as Brooks, who was positively identified as the same suspect who assaulted the victim.

If you have any information on Brooks' whereabouts, contact authorities.