The U.S. is the fifth country to report seeing the illness, following China, Thailand, Japan, and South Korea.

SEATTLE - A U.S. resident who recently returned from a trip to central China has been diagnosed with the new virus that has sparked an outbreak and stringent monitoring around the world, U.S. health officials said Tuesday.

The man returned to the Seattle area in the middle of last week after traveling to the Wuhan area, where the outbreak began. The man is in his 30s and is in good condition at a hospital in Everett, outside Seattle. He's not considered a threat to medical staff or the public, health officials said.

Officials said he had no symptoms when he arrived at the Seattle-Tacoma airport, but he contacted doctors on Sunday when he started feeling ill.

The U.S. is the fifth country to report seeing the illness, following China, Thailand, Japan, and South Korea. 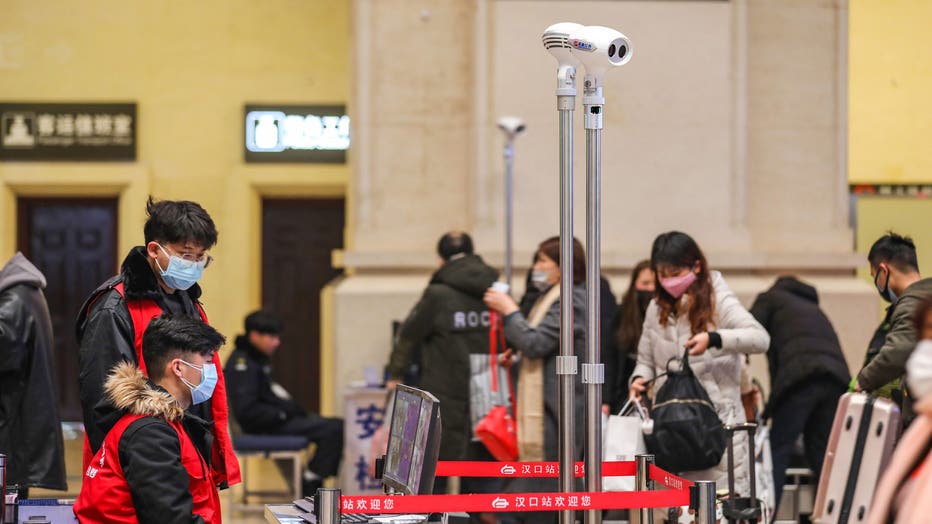 Staff members screen arriving passengers with thermal scanners at Hankou railway station in Wuhan, in China's central Hubei province on January 21, 2020. - Asian countries on January 21 ramped up measures to block the spread of a new virus as the dea (Photo by -/AFP via Getty Images / Getty Images)

Last month, doctors began seeing a new type of viral pneumonia -- fever, cough, difficulty breathing -- in people who spent time at a food market in Wuhan. More than 275 cases of the newly identified coronavirus have been confirmed in China, most of them in Wuhan, according to the World Health Organization.

The count includes six deaths -- all in China, most of them age 60 or older, including at least some who had a previous medical condition.

Officials have said it probably spread from animals to people, but this week Chinese officials said they've concluded it also can spread from person to person.

In announcing the airport screenings last week, CDC officials said then risk to the American public was low but that it was likely the illness would appear in the U.S. at some point.