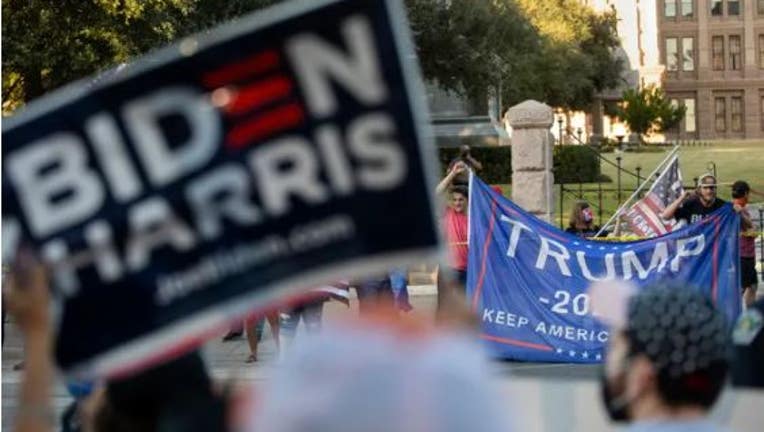 **EDITOR'S NOTE** The original headline to this story has been shortened for length.

Texas officials from three of the four counties whose 2020 elections are being audited by the secretary of state’s office said Friday the development is an unnecessary partisan move aimed at sowing doubt in the results.

Harris, Dallas and Tarrant County officials maintain that their 2020 election results were accurate, echoing a state election official’s assertion earlier this year that the election was "smooth and secure." Collin County officials did not immediately respond to a request for comment.

"The conspiracy theorists who want to come up with all these ways or reasons why this election wasn't right — they might very well find something else [to doubt]," said Republican Tarrant County Judge Glen Whitley. "It’s time to move on."

Whitley and officials in Harris also said they have not been told what the audits entail or what prompted them. They said they learned about them from a late Thursday press release sent by a spokesperson in the secretary of state’s office.

The secretary of state announced the "full forensic audit" in the counties hours after former President Donald Trump requested Republican Gov. Greg Abbott to add an election audit bill to this year’s third special session. Trump’s request came despite winning the state’s vote. Since his reelection loss last year, Trump has pushed baseless claims of voting fraud, including at a rally with supporters that preceded the deadly Jan. 6 insurrection at the U.S. Capitol.

Tarrant County has traditionally been Republican, but Democratic President Joe Biden narrowly beat Trump there last year. Still, the secretary of state’s office appeared to identify it as a Republican county on Thursday.

Abbott’s office and the secretary of state’s office have remained silent since the Thursday night press release announcing the audits. In Texas, the governor appoints the secretary of state, who serves as the top elections official. That position is currently vacant because Abbott has not named a replacement for Ruth Ruggero Hughs, who resigned after the Texas Senate refused to confirm her appointment.

Harris County Judge Lina Hidalgo, a Democrat, blasted Texas leadership for ordering the audit and said she would do "everything in her power" to stop it, though she and other Harris officials expressed confidence in the results.

"Every time we engage in a conversation about these false allegations, we're lending credence to the lie," she said. "Through all the court challenges the former president filed, through the legislation that passed unnecessarily under the guise of supposed fraud in this past legislative session — there's always something new because this is entirely politically motivated."

She called on lawmakers to oppose the audit, which she said is purely an attempt to appeal to Trump supporters.

"It's clear that this is part of a broader trend where state leaders around the nation are trying to compete on who can best curry favor from of President Trump, in order to control the extreme flank of their party," she said.

"This is a weak Governor openly and shamelessly taking his orders from a disgraced former President. Governor Abbott is wasting taxpayer funds to trample on Texans’ freedom to vote, all in order to appease his puppeteer," Jenkins said over text message.

Neelam Bohra and James Pollard contributed to this story.