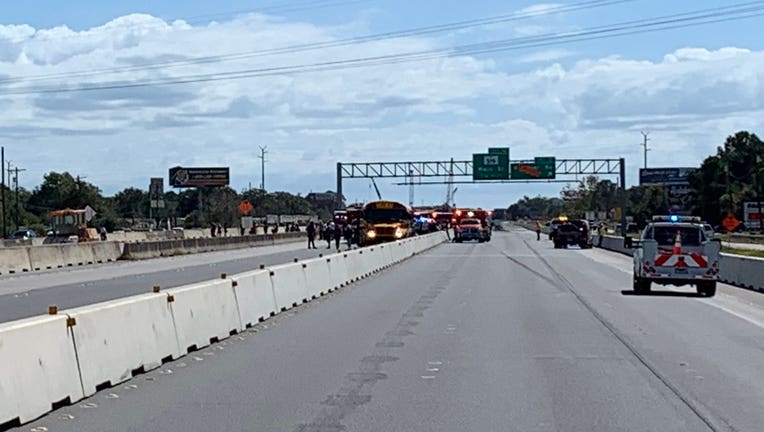 The Texas Department of Transportation reported that around 11 a.m. three full school buses were in a major crash on I-45 Gulf Freeway northbound at FM 1765. The crash caused all main lanes of the highway to close.

According to La Marque police, the location of the crash was a construction zone with no shoulders. A Galveston ISD police unit and another car were also involved in the incident.

There were no major injuries reported. Police say all minor injuries were treated at the scene.

MORE NEWS OUT OF GALVESTON COUNTY

Texas DOT later said the crash was cleared on both north-and-southbound lanes.