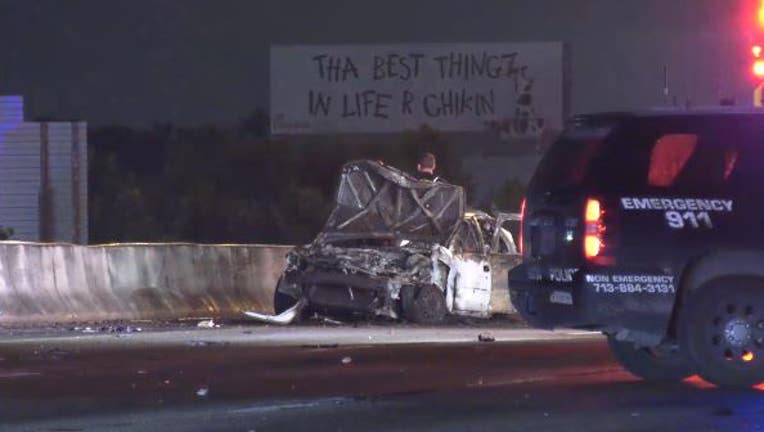 It happened in the outbound lanes of the 12700 block of East Freeway, where investigators say an HPD officer was driving in the eastbound lane around 2 a.m. That's when a Dodge Hellcat Challenger passed him in the fast lane.

According to preliminary information by HPD Lt. and Assistant Chief of Criminal Division H.R. Morris, the officer put his lights on to catch up to the Challenger, but suddenly in the distance, saw the car crash into several other vehicles. 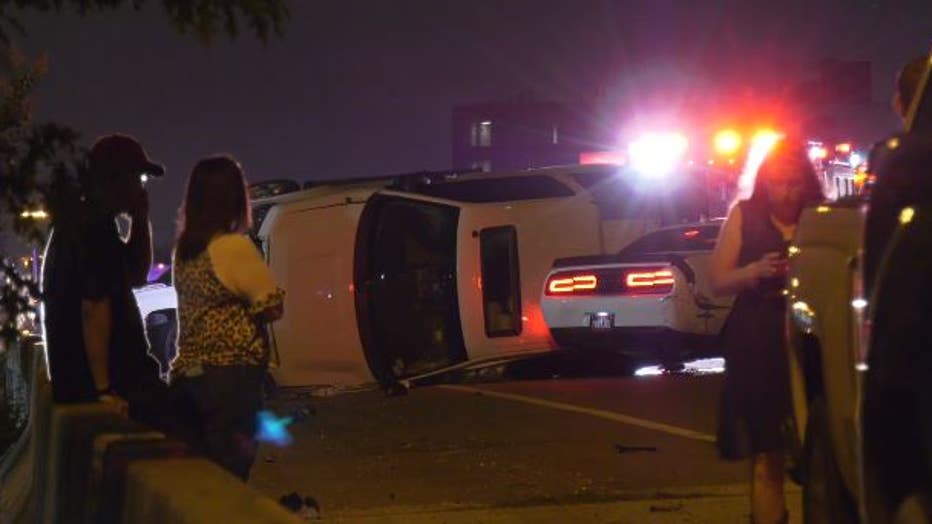 A ford F150 landed on its side, while another car caught fire. That driver, fortunately, was able to get out but the other two passengers inside, could not and died as a result. 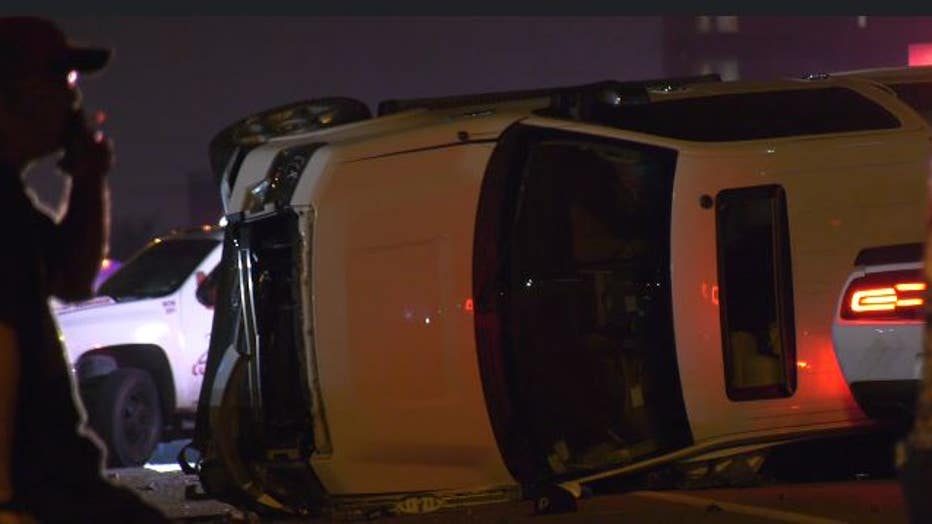 We're told a total of four people were taken to the hospital.

Meanwhile, the driver of the Charger was detained by officials. His identity has not been released but has been described simply as an older man.