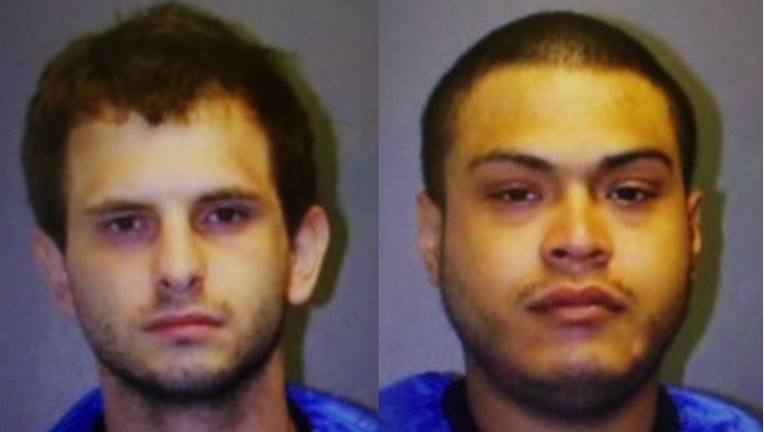 LIBERTY COUNTY, Texas - UPDATE: A third arrest has been made in connection with the death of a child in north Liberty County.

According to the Liberty County Sheriff's Office, Kathryn Alexander, who is the girlfriend of Cade Cates, was arrested on Thursday evening and charged with murder.

Authorities said the follow-up investigation revealed that Alexander was present at the time of the murder and helped with the disposal of the body.

Alexander has been placed in the Liberty County Jail as the investigation continues.

Two men have been charged with murder in connection with the death of a child in north Liberty County.

According to Liberty County Sheriff’s Criminal Investigations Division Captain Billy Knox, Randy Norlan Salinas, 26, and Cade Cates, 23, were arrested and charged with the murder of a yet to be identified and confirmed juvenile who was reported missing early last week.

A release stated that various sources of information began to come to light when authorities received a call on Saturday afternoon from a family member of a missing juvenile from Harris County to the effect that it was alleged the juvenile had been killed and was now buried in Liberty County in the vicinity of County Road 3015.

The family members of the missing juvenile contacted Texas EquuSearch asking for searching the area off of County Road 3015.

We’re told, however, the policy of that search organization prevented them from conducting any search without the authorization of the investigating law enforcement agency. At that time, other events were in progress by the sheriff’s office to secure a warrant and to investigate other pieces of information that continued to stream into the agency.

On Tuesday, a joint investigation and search between the Liberty County Sheriff’s Office and Texas Rangers located a burn pile near the residence of Cates on CR 3015 where human remains were found.

A further search found the partially burned and decomposed body of a male buried among the burn pile debris.

Knox stated that Cates was initially arrested on a robbery warrant not associated with the case.

Both men were interviewed regarding the remains, and authorities said there was enough evidence discovered in the investigation to charge both men.

No clear motive has been reported in this case, however, authorities said it is alleged that Cates is the half-brother of the reported missing juvenile.

Authorities added that no positive identification can be made on the human remains until the completion of DNA testing and the results of the autopsy.

The investigation into the case is ongoing by both the Liberty County Sheriff’s Office and the Texas Rangers.