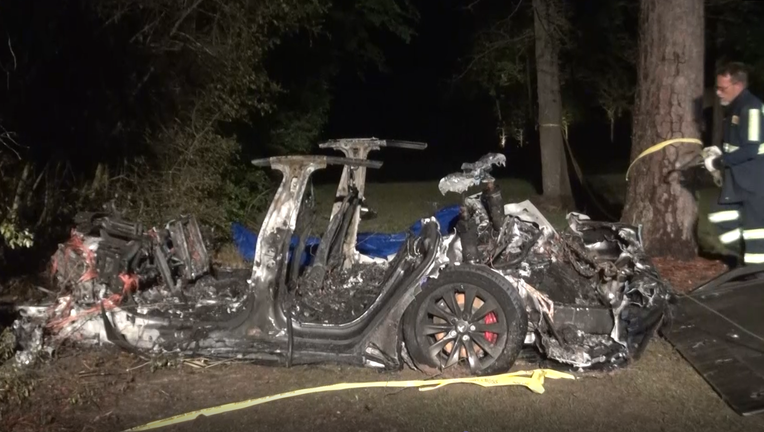 HARRIS COUNTY - Tesla CEO Elon Musk has responded to the deadly fatal single-vehicle crash that occurred in the Woodlands over the weekend.

According to Musk, 'data logs received so far show autopilot was not enabled and this car did not purchase FSD (Full Self-Driving). Moreover, standard autopilot would require lane lines to turn on, which this street did not have."

According to investigators, a Tesla Model S was traveling from the culdesac on Hammock Dunes Place and failed to navigate a curve sending the vehicle slamming into a tree and bursting into flames.

When Woodlands Fire arrived at the scene of the crash the car was fully involved in flames. Firefighters found the bodies of two men in the Tesla Model S. One was sitting in the driver's seat and the other was in the back seat.

Firefighters used more than 23,000 gallons of water over the course of four hours trying to put out the car fire because the Tesla's high-energy battery kept reigniting.