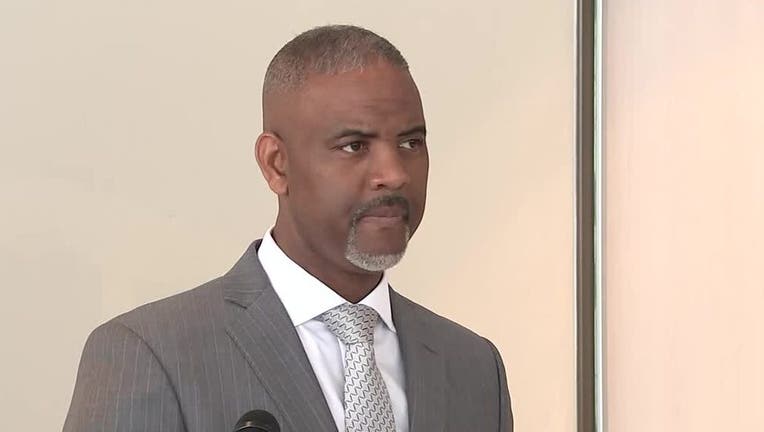 HOUSTON - A source close to Dr. Austin Lane tells FOX 26 that Texas Southern University regents have reached an agreement to buy out his contract.

On February 4, the Texas Southern University Board of Regents fired President Dr. Austin Lane with a 6-1 vote during a special meeting.

Dr. Lane was originally placed on administrative leave with pay in January.

We learned that officials with the TSU's Board of Regents and law enforcement were conducting multileveled investigations: one internal and the other an external criminal investigation. Those areas include admissions, enrollment, financial aid, scholarship protocols, and standards.

The board concluded that Dr. Austin Lane failed to appropriately act on information about allegations of fraud committed by a former Thurgood Marshall School of Law employee, including evidence of a student payment for admission.

Two days after receiving a termination letter, Dr. Lane described the process as a “witch hunt”.

My wife Loren and I would like to thank each of you for allowing us to serve at this indomitable institution, The Texas Southern University! Our last four years have been the best four years of our lives and we can only hope that we lived up to your expectations of making TSU the best HBCU in the country.

With your input, recommendations, and support, we were able to do great things in a very short period of time:

• brought homecoming traditions (parade in 2016; football game in 2019) back to the yard, increasing community and alumni engagement

• revival of Greek life, expanding the number of fraternities and sororities and bringing some off of probationary status

• clearance of NCAA probation for the TSU athletic program, along with record-breaking academic successes and graduation rates for TSU student-athletes

• acceptance of the largest single gift from an individual (approximately $3 million) from the estate of alumnus Joan M. Lafleur to the College of Pharmacy & Health Sciences

• increase in enrollment over targeted projections, including double digit percentage growth in 2017, and further growth in 2018

• increase in persistence & graduation rates, following enhancement of the Freshman Seminar course and Project Graduation – a customized pathway to student success and completion

• over a three-year period, TSU’s investment rating from Moody’s Investor Services improved from ‘negative’ to ‘stable’ to ‘positive,’ resulting in more favorable borrowing scenarios for TSU in the future

• hosting the ABC News Democratic Debate, becoming the first HBCU to host such a debate in more than a decade; the debate brought incalculable attention to TSU

• received a $2.7 million grant from the Thurgood Marshall College Fund and the Charles Koch Foundation to fund the newly-established Center for Justice Research

• implemented a comprehensive compensation study, resulting in a new salary and compensation structure that addresses internal equity for all TSU faculty and staff

• entered into a leading-edge partnership with Houston METRO to pilot an autonomous vehicle/shuttle service along the Tiger Walk; the project also resulted in research opportunities for students and faculty in TSU’s Center for Transportation Studies

• achieved major successes in the 85th and 86th Texas legislative sessions, resulting in increased funding and appropriations for campus programs and infrastructure, and fixing an athletics fee issue that will ensure sustained funding for all athletics programs

These are just a few of our accomplishments that led to the success of our top five priorities (Student Success and Completion, Academic Program Quality and Research, Culture, Partnerships and Finances) and shared vision we created in 2016.

TSU will always be the Heart & Soul of Houston and will forever have a special place in our hearts. We are moving on with our heads held high knowing we did our best and that its confirmed and on record that we did nothing wrong.