Former President Trump pleads the 5th: Legal expert breaks down what it means

Former President Donald Trump invoked the 5th Amendment to the U.S. Constitution, and would not answer questions under oath about a civil investigation into his real estate dealings. FOX 10's Nicole Garcia sat down with a legal expert on what it means.

PHOENIX - On Aug. 10, it was reported that Former President Donald Trump declined to answer any questions while he was questioned under oath in the New York Attorney General's long-running civil investigation into his dealing as a real-estate mogul.

In a statement released on his social media platform, Trump stated: "I declined to answer the questions under the rights and privileges afforded to every citizen under the United States Constitution."

The questioning took place just days after FBI agents searched his Mar-a-Lago estate in Florida as part of an unrelated federal probe into whether he took classified records when he left the White House.

Here's what you should know about the rights and privileges that Trump cited in his decision to not answer questions, as well as the investigation into Trump.

You can refuse to answer questions under oath?

According to Cornell Law School's Legal Information Institute, the 5th Amendment of the United States Constitution provides a number of rights that are relevant to both criminal and civil legal proceedings.

No person shall be held to answer for a capital, or otherwise infamous crime, unless on a presentment or indictment of a grand jury, except in cases arising in the land or naval forces, or in the militia, when in actual service in time of war or public danger; nor shall any person be subject for the same offense to be twice put in jeopardy of life or limb; nor shall be compelled in any criminal case to be a witness against himself, nor be deprived of life, liberty, or property, without due process of law; nor shall private property be taken for public use, without just compensation.

In an overview of the 5th Amendment published on Cornell Law's Legal Information Institute, it is stated legal scholars consider the 5th Amendment contains within five distinct constitutional rights, which includes a right to be protected against forced self-incrimination.

What is forced self-incrimination?

The protection against forced self-discrimination comes from the line in the 5th Amendment that reads: "…nor shall be compelled in any criminal case to be a witness against himself."

In the most direct sense, that means criminal defendants don’t have to give damning testimony in their own cases.

Can a person answer some questions, but not all of them, under the 5th Amendment?

While it is not necessarily all-or-nothing, even deciding to answer selectively could be risky: Responding to one question can enable the other side to argue that the witness can’t refuse to answer other, related questions.

Another concern is that seemingly safe questions could be meant to build evidence about an allegation that’s not on the witness’ radar yet.

What are the limitations?

Under what has become the legal standard, the witness has to be facing a genuine risk of criminal prosecution, said Paul Cassell, a criminal law professor at the University of Utah. That means prosecution on any charge in any U.S. court.

The amendment specifically refers to criminal cases. How can it apply to a civil investigation?

Over time, the 5th Amendment’s protections have been understood to cover witnesses — not just defendants — in criminal and civil courts and other government settings. The Supreme Court has even held that 5th Amendment rights protected the jobs of public employees who were fired after refusing to testify in investigations unless they got immunity from prosecution.

The 5th Amendment also underpins the famous Miranda warning about the right to remain silent and have an attorney on hand while being questioned in police custody.

James has said her investigation found evidence that the businessman-turned-politician’s company, the Trump Organization, puffed up the value of real estate assets to snag loans, insurance and tax breaks for land donations.

Trump has denied the allegations, and the Republican has slammed the investigation as a political "witch hunt" by Democratic officials.

Meanwhile, other fruits of James’ probe led the DA’s office to bring criminal tax fraud charges against the Trump Organization and its finance chief. The defendants have pleaded not guilty in that case, which involves claims of off-the-books compensation. Trump himself was not charged in the case.

Could pleading the 5th work against someone?

According to attorneys, pleading the 5th Amendment cannot be used as a sign of guilt in a criminal trial.

In a criminal case, prosecutors can’t comment on a defendant’s refusal to testify, and a jury can’t be advised that it’s OK to take defendants’ silence as a sign of guilt. The Supreme Court has said that allowing that inference penalizes defendants for simply availing themselves of a constitutional protection.

In a civil trial, however, jurors may be allowed to hold silence against a witness or defendant.

Didn't Trump once said only people with something to hide take the fifth? 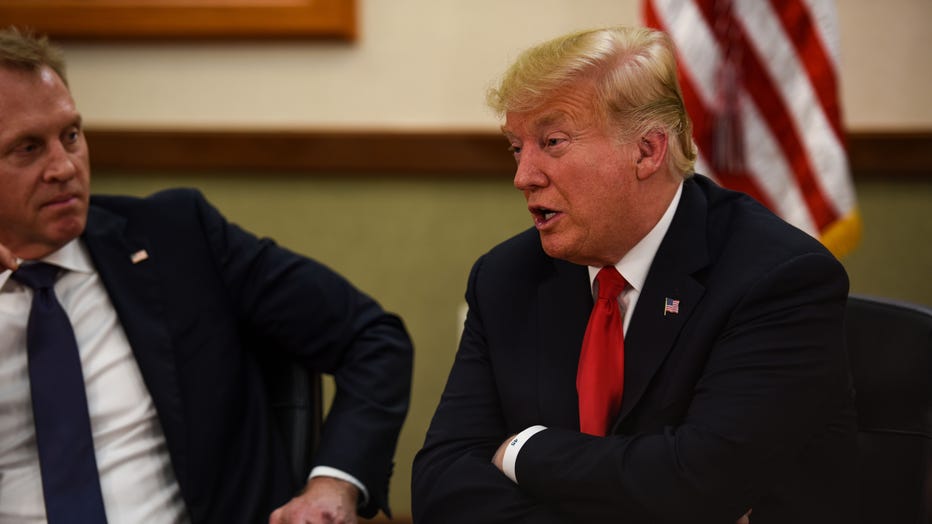 In the past, Trump has repeatedly suggested that only people with something to hide avail themselves of the protection against self-incrimination.

"You see, the mob takes the 5th. If you’re innocent, why are you taking the 5th Amendment?" said Trump, during an Iowa campaign speech in 2016.

Trump has undergone many depositions, a legal term for sworn testimony that's not given in court, dating to his career as a real estate developer. He has sometimes seemed to relish giving answers: For example, he said he was "pleased to have had the opportunity to tell my side" last October in a lawsuit brought by protesters who say his security guard roughed them up outside Trump Tower in 2015.

However, it has been noted that during a divorce deposition in 1990, Trump invoked the 5th Amendment to refuse to answer 97 questions.

On Aug. 10, Trump spoke out about his decision to plead the fifth.

"I once asked, ‘If you’re innocent, why are you taking the Fifth Amendment?’ Now I know the answer to that question," he said in his statement, calling the probe "a vindictive and self-serving fishing expedition."

"The United States Constitution exists for this very purpose, and I will utilize it to the fullest extent to defend myself against this malicious attack."

What are lawyers saying about Trump's decision?

New York University law professor Stephen Gillers said he was surprised that Trump had done so, given his previous experience with depositions, a legal term for sworn testimony that's not given in court.

"Jousting with lawyers at depositions, while avoiding lying, is something he's proud of," Gillers said. "Perhaps his lawyers feared that his impetuosity would imperil him."

"Do people take the 5th when there’s information they know can implicate them in a crime? Of course, they do," said Barr. "At the same time, it’s a constitutional right available to anyone."