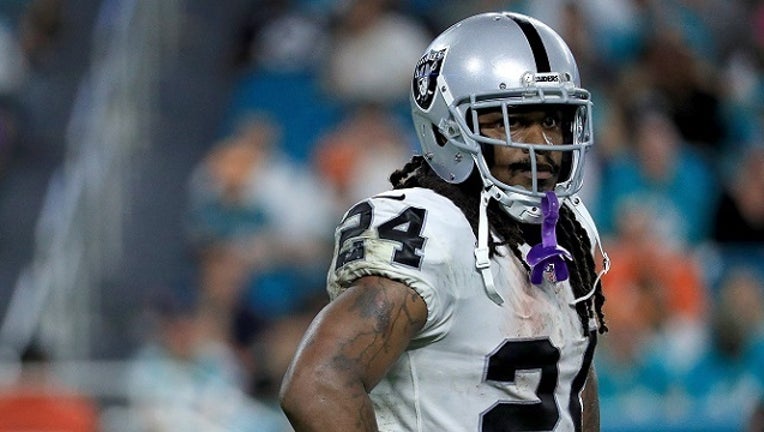 MIAMI GARDENS, FL - NOVEMBER 05: Marshawn Lynch #24 of the Oakland Raiders looks on during a game against the Miami Dolphins at Hard Rock Stadium on November 5, 2017 in Miami Gardens, Florida. (Photo by Mike Ehrmann/Getty Images)

Lynch sat during most of the U.S. anthem and stood for the Mexican anthem before Sunday's game against the Patriots at Azteca Stadium in Mexico City.

Lynch hasn't stood for the national anthem since returning from retirement this season.

Trump tweeted early Monday: "Great disrespect! Next time NFL should suspend him for remainder of season. Attendance and ratings way down."

Former 49ers quarterback Colin Kaepernick started the movement last season when he refused to stand during the anthem to protest racial inequality and police brutality.