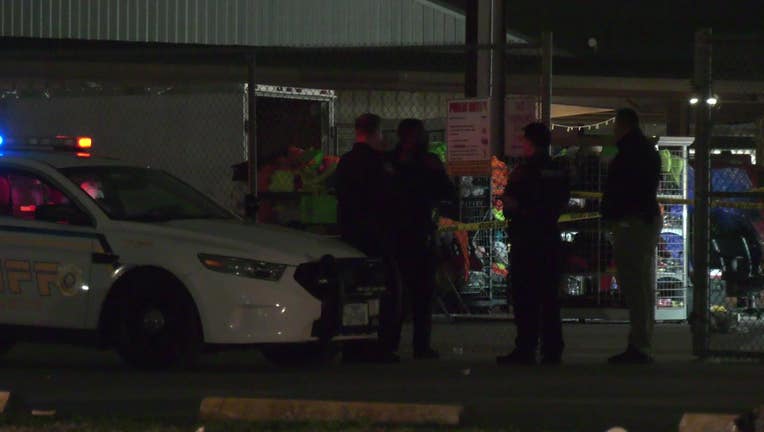 HOUSTON - A Traders Village vendor was shot in the back after he confronted shoplifters at his booth on Sunday evening, the Harris County Sheriff’s Office says.

Two people have been arrested and charged in connection to the incident. According to Sheriff Ed Gonzalez, Raul Ernesto Rapalo, 35, and Shelby Ostigin, 28, were charged with aggravated robbery. Rapalo is also charged with unlawful possession of a firearm by a felon.

The shooting was reported around 7 p.m. at the flea market on North Eldridge Parkway.

According to investigators, the vendor approached two people who were shoplifting clothing from his booth, and he tried to get his property back.

That’s when a physical altercation occurred, and the vendor was assaulted, the sheriff’s office says.

At some point, authorities say, one of the suspects shot the vendor in the back.

HCSO says the two suspects fled the scene on foot but were detained by deputies who responded to the scene.

The victim was transported to the hospital in critical condition but is now reported to be in stable condition.

Authorities say the victim has been a vendor at the market for a decade.