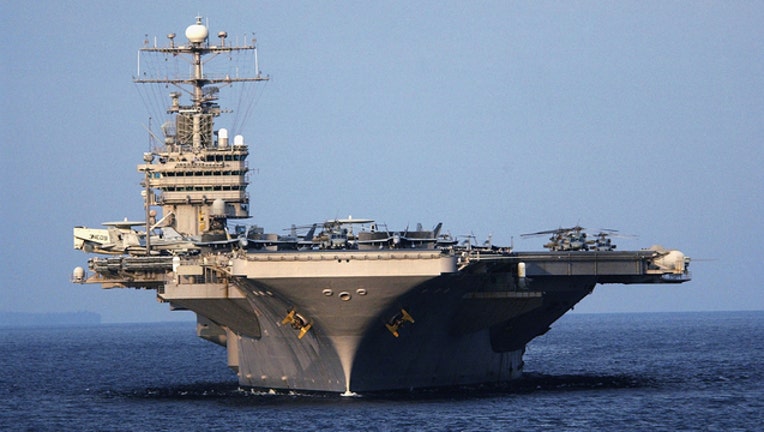 NORFOLK, Va. - (AP) — The U.S. Navy says a sequel to the 1986 blockbuster "Top Gun" is filming this week aboard a Norfolk-based aircraft carrier.

Hecht says the crew will remain through Saturday.

Hecht says no actors are aboard and the crew is shooting footage of air operations on the flight deck, including landings and takeoffs.

A publicist with Jerry Bruckheimer Films and Television declined to provide the newspaper with any details about the production.

The movie is scheduled for release in July 2019.