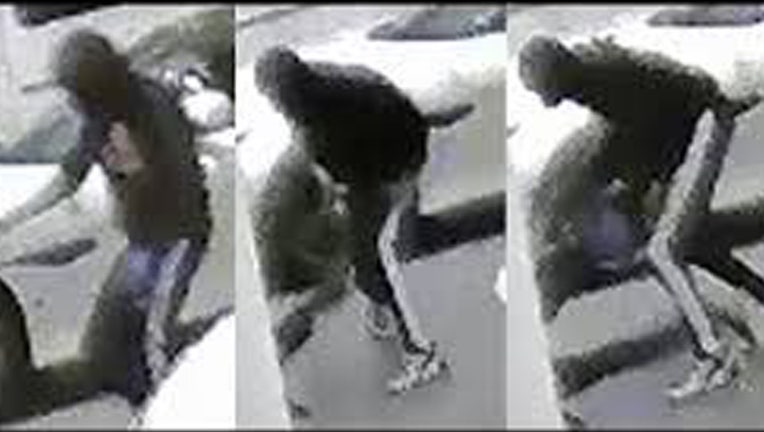 HOUSTON - Houston police are asking for the public's help in identifying three suspects involved in an aggravated robbery in Memorial.

Police say around midnight on Wednesday, a man parked inside the garage of his home in the 8000 block of Memorial and as he was getting out of his car, three men armed with handguns and laser pointers approached him.

Surveillance video shows two of the suspects dragging the victim towards the entrance to his house while the third suspect continues to point his gun at him. That's when the victim began to yell for help.

The suspects then started to kick and punch him, demanding that he close the garage door.

After a struggle, the suspects robbed the victim of jewelry and took off running.

Police describe the suspects as three black males ages 20-25 years old. Two of them are above 6 feet tall, while one is roughly 5'8".