ATLANTA - As the nation pauses Monday to remember Dr. Martin Luther King Jr., his family is calling for action from Congress.

Dr. King dedicated his life to securing civil rights for Black Americans. His work in securing passage of the Voting Rights Act of 1965 remains one of his greatest accomplishments.

But his children fear new voting laws are stripping away the very voting rights their father fought to attain. Nineteen states enacted more than 30 new voting laws in the name of election security based on debunked claims that widespread fraud gave Joe Biden a victory in the 2020 presidential election.

Critics have said those laws will disproportionally affect Black voters. They include a ban on giving water to voters in long lines, and stricter ballot signature requirements

Count Dr. King’s daughter, Rev. Bernice King, among the critics of those laws. But she believes this is bigger than a race issue.

"This is not just a Black issue," she said on Jan 10 during an address at The King Center in Atlanta. "This is an issue about democracy." 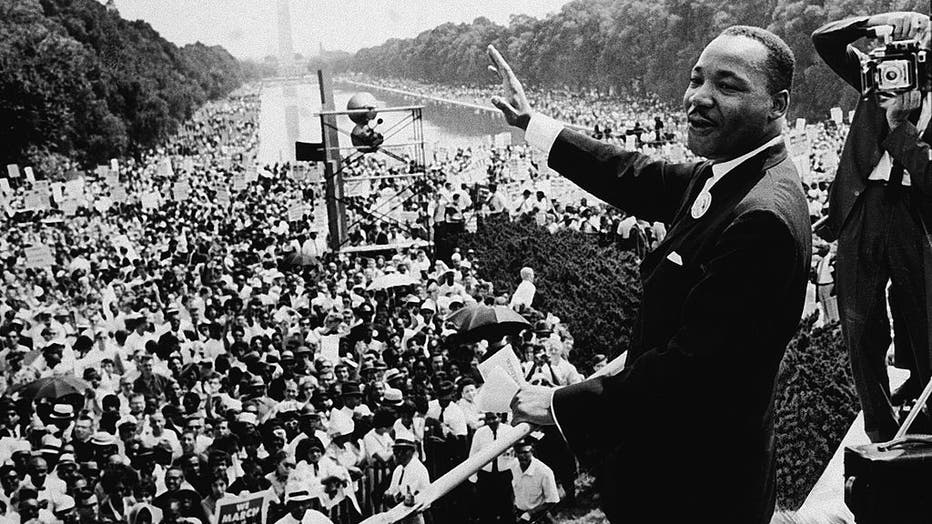 Democrats have legislation in the Senate that would protect voting access and circumvent the new voting laws passed in many states.

With Vice President Kamala Harris’ tie-breaking vote, they have the numbers to pass the measure. But it faces the threat of a filibuster from Republicans.

The party has become more open to the idea of weakening the chamber’s 60-vote threshold to end filibusters. But the filibuster has found staunch defenders in Sens. Joe Manchin, D-W.V., and Kyrsten Sinema, D-Ariz.

Martin Luther King III, Dr. King’s eldest son, came to Arizona on Jan. 15 with harsh words for Sinema, saying that history would remember her unkindly. He said Sinema supported an exception to the filibuster when it came to raising the debt ceiling, but drew the line when protecting voting rights was at stake.

He, his wife and his daughter took part in a campaign for voting rights in Phoenix. The trio marched with activists and supporters asking for no celebration without legislation.

"Our daughter has less rights around voting than she had when she was born," King, the civil rights leader’s oldest son, said in an interview. "I can’t imagine what my mother and father would say about that. I’m sure they’re turning over and over in their graves about this."

Bernice King said she was frustrated by the lack of progress on voting rights but still believes the legislation can pass. And even though the King family is adamant about "no celebration without legislation," The King Center is still observing the holiday.

This year’s theme: "It Starts with Me: Shifting Priorities to Create the Beloved Community." She released the following statement on this year’s commemoration:

"It is a necessary, multi-faceted shift that includes shifting our values to align with a revolution of values; shifting our mindset to understand that we are interconnected, interrelated and interdependent and to engage each other and Earth accordingly; and shifting our society from being "thing"-oriented to being "person"-oriented, which will cause us to engage technology with moral responsibility, so that advancing the artificial is not prioritized over the well-being of the authentic. I have deep faith that, if we shift priorities in the ways that my father described in ‘The World House’ chapter of his last book, Where Do We Go From Here: Chaos or Community?, we can create this Beloved Community across the globe and ensure that people have the freedom to participate in government; freedom to prosper in life; and freedom to peacefully co-exist in Community. It starts with me. It starts with each of us."