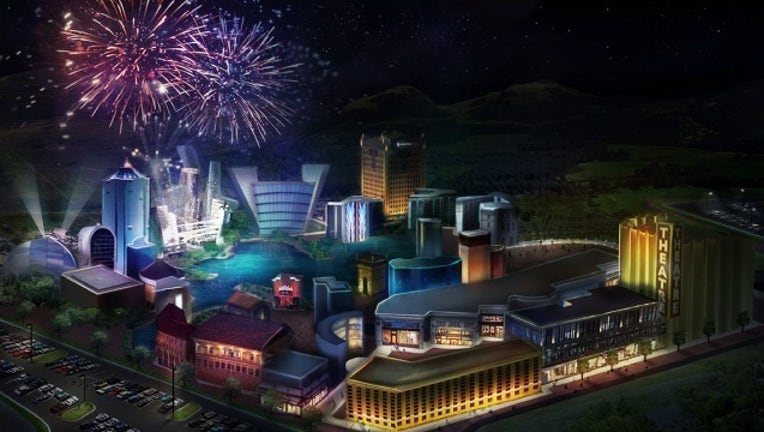 ATLANTA - It looks like the odds are ever in Georgia’s favor!

A new theme park, which will feature attractions from the blockbuster hit The Hunger Games, is coming to metro Atlanta.

Lionsgate Entertainment Corp. confirmed Monday that The Hunger Games franchise has been licensed for development in the theme park, which will be located in Bartow County about 45 minutes northwest of the city.

According to the New York Times, the estimated $625 million AVATRON Park is targeted to open by 2019.

“We are proud to introduce AVATRON Park to the great state of Georgia and American audiences everywhere,” said James Ram, vice chairman. “We are pushing the thresholds of location-based entertainment storytelling like never before, thanks, in part, to our unique combination of experienced creative leadership and technology integration expertise. We look forward to sharing this gamechanging experience with future guests.”

The news release said the development will be built on the crossroads of where entertainment meets fantasy and perception becomes reality.

Not only will the park feature attractions based off The Hunger Games, but the agreement includes other Lionsgate productions such as Step Up and Now You See Me.

“The innovative storytelling platforms we offer provide different ways and dimensions for fans of all three franchises to continue and extend their personal engagement,” said Jo Ram.

A Hunger Games “experience center” is also in the early planning stages for China.

Fans are already getting to interact with heroine Katniss Everdeen through attractions such as the traveling display "The Hunger Games: The Exhibition," which is now in Discovery Times Square in New York. A theatrical show is set to open in London next summer and a theme park featuring a "Hunger Games" zone is planned to debut in Dubai late next year.

The final movie in The Hunger Games franchise, “Mockingjay Part 2," is set to hit the big screen this month.