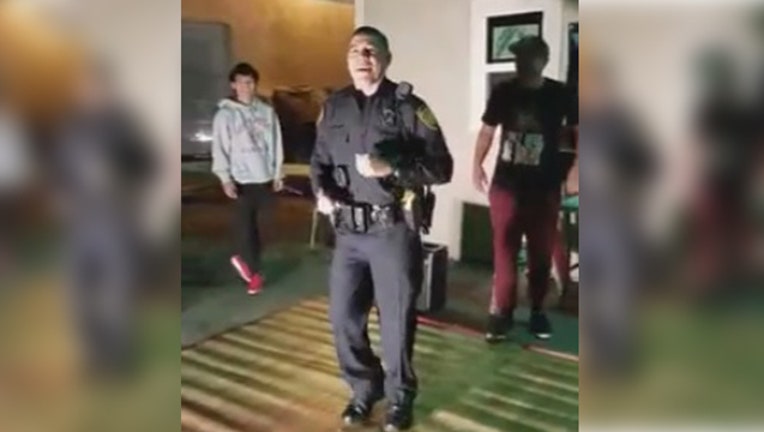 SAN ANTONIO (WJBK) - It was a late and rowdy night at a San Antonio backyard that drew police to the scene. But it was the music that kept them there.

A neighbor called San Antonio Police to complain about the noise coming from a backyard event around 1:00 a.m. Sunday morning. When the police pulled in, they didn't shut down the party - they taught the kids how to salsa dance.

According to KSAT in San Antonio, police were were called about loud music that was being played for Leslie Sapp's child's dance club, Next Generation Dance Crew. When police arrived, they were welcomed by kids of all ages who were in the middle of a dance battle.

“Instead of shutting it down or even interrupting, the officer asked to play a song and then his song came on, and well, the video speaks for itself,” Sapp told KSAT.

In video that Sapp posted to Facebook, the officer is in the center of the dance floor and shows the children the appropriate way to salsa dance. When he spots Sapp's daughter, he takes her by the hand and starts the salsa.

When it was all done, he even stopped to pose with the dance crew.

Sapp told the TV station that the officer's actions will have a lasting impact on everyone at the event. She also said that the officer made her daughter's night and changed her attitude toward police.

“As a parent, especially these days, there is a lot of negativity in the world when it comes to cops, and he broke that stereotype,” Sapp told KSAT. “He didn’t have to take his time to do that and could have just (gone) in and shut it down.”