San Leon oyster company, Prestige Oysters is the only sustainable oyster fishery in all the Americas, and one of only six in the world, certified by the Marine Stewardship Council.

SAN LEON, Texas - The Texas Department of Parks and Wildlife started the new year by pulling the plug on the state's 'oyster-season', saying there just aren't enough mature oysters in public waters.

The season lasts from November 1 until the end of April, and a disappointing crop ended with the state determining public reefs needed a rest.

As the Texas oyster season begins, with six months of access to public waters, the state’s $3 billion dollar industry is starting with a challenge.

By contrast, a San Leon oyster company's privately-leased reefs have been given a rare boost. That's a first-of-its-kind in the Americas.

While a lot of boats remain tied to docks, Prestige Oysters oystermen are still busy working the company's 4,000 acres of private reefs along the Texas and Louisiana coasts.

Those reefs are healthy because Prestige spends a lot of time and money keeping them that way.

The London-based nonprofit Marine Stewardship Council, which certifies sustainable fishing efforts around the globe, has noticed. It has named Prestige the only sustainable oyster fishery in all the Americas, and one of only six in the world.

"For us, it was about offering our customers reassurance that, when they purchase our product, that they are consuming a sustainably-sourced oyster," says Prestige Oysters' Raz Halili. 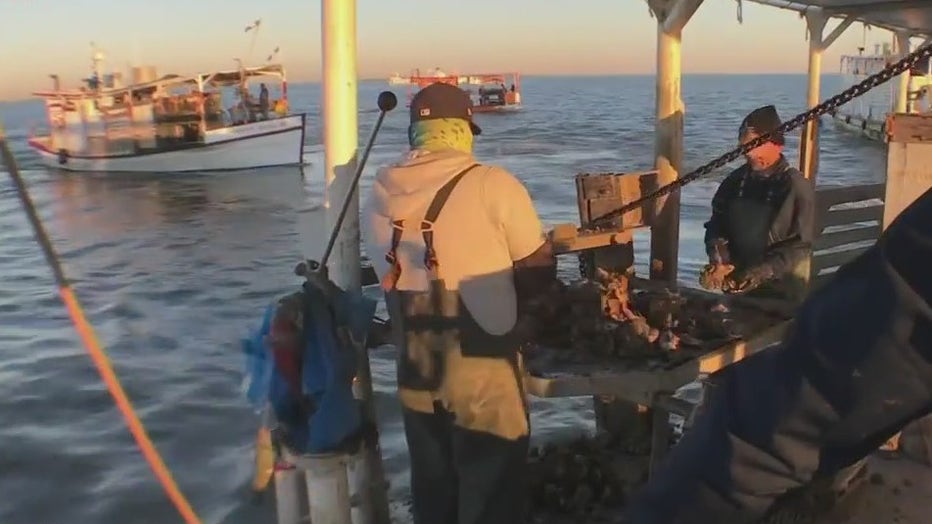 Sustainability comes from nurturing the reefs: rebuilding them with rock and shell during the off season; and harvesting just enough to give younger oysters the time and room to grow.

Halili says it's a delicate balance.

"You have to work. You have to cultivate an oyster reef. It's much like a crop, if you don't work it, you're not going to produce anything," he says.

It could be a lesson for public waters, where the reefs are more prone to nature running its course. A healthy oyster can filter up to 50 gallons of water each day. That cleaner water makes for a healthier habitat for all kinds of wildlife.

"If we over use it in the short term, then the long-term uses go away," says Galveston Bay Foundation president Bob Stokes, "Anything that adds sustainability to the activities that are going on in Galveston Bay is a good thing."

From a business standpoint, the certification allows Prestige Oysters to be sold to groceries and restaurants that demand them.

Halili, though, says the bigger picture is keeping the waters healthy enough for oysters to thrive, so there's something to sell.