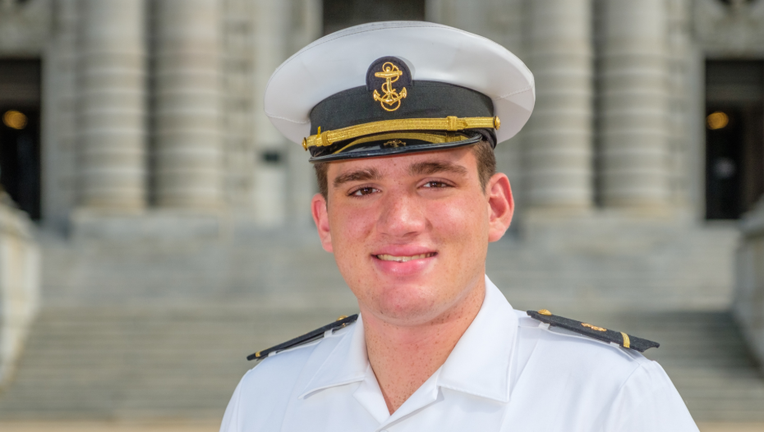 A Navy midshipman died Saturday while taking a physical readiness test at the U.S. Naval Academy.

The academy identified the midshipman Sunday as Duke Carrillo, 21, of Flower Mound, Texas. Officials said in a news release that Carrillo collapsed during the 1.5-mile run portion of the Navy's semi-annual physical readiness test.

The academy said the circumstances surrounding the cause of his death are under review.

"Our most heartfelt sympathies and condolences go out to the entire Carrillo family, and our extended Naval Academy family, during this extremely difficult time.," Buck said.

Officials said Carrillo, and his twin brother, Dylan, reported to Annapolis in June 2018 after completing a year at the Naval Academy Preparatory School in Newport, Rhode Island.

Duke Carrillo was a Quantitative Economics major and had earned a 4.0 last semester. He was a member of the 24th Company, an intramural athlete, and a member of the Naval Academy's Flight Training Squadron. Naval Academy officials said he had aspirations of being a naval aviator.

His brothers, Dylan and Jake, are both Naval Academy midshipmen.