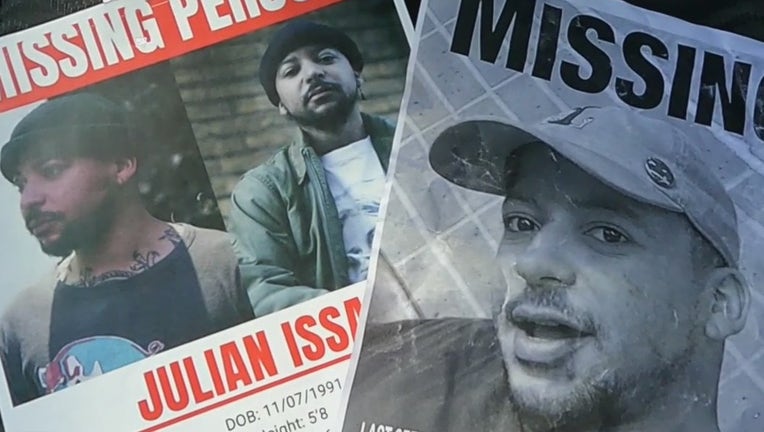 HOUSTON - Nearly a week-long search for a missing Houston man since Tuesday has come to a gruesome end.

Texas EquuSearch assisted in the search for Julian Issac, 29, all of Saturday. That's when officials and loved ones confirmed they found a body believed to be that of Issac's based on the clothing description.

Officials are still working to determine the cause of death.

Search for missing Houston man to continue over the weekend

As many as 100 people are searching an area around the gulf freeway and Scarsdale in hopes of finding a 29-year-old man whose been missing since Tuesday. FOX 26 Houston's Randy Wallace tells us the search is expected to resume over the weekend.

"We love our friend and we miss him we haven’t heard from him," said Dae Cesar Friday, as he and some 100 others searched for 29-year-old Julian Issac.

"This has never happened," said Julian’s twin brother William Issac. "I wouldn’t think he would text my mom and say call me I’m going to get killed. That’s not him."

It’s those last texts and calls that have William fearing the worst.

All anyone seems to know about Julian’s last known whereabouts is a 4 a.m. Uber ride to his girlfriend's house.

"Clearly he ran through the neighborhood," his brother said. He ended up a couple of blocks away from his girlfriend’s cul de sac.

Julian's cell and hat were found in a stranger's backyard in the 11700 block of Teaneck Drive.

The area being searched is the Gulf Freeway and Scarsdale. A voicemail he left for his mother is deeply troubling.

"She said he was saying sir I’m just trying to get to my girlfriend's house I’m not doing anything," William Issac said.

Texas EquuSearch released the following statement saying the search for Issac will continue Saturday at 9 a.m.

"The search command area will be at the Burnett Elementary School, located at 11825 Teaneck Dr. in Houston, Texas 77089, and we will be using foot searchers and ATVs to search for Julian. Please make your viewers and readers aware of Julian’s disappearance, and ask the area residents to check around their backyards and their storage buildings to see if Julian is there, because that could lead to him being found."