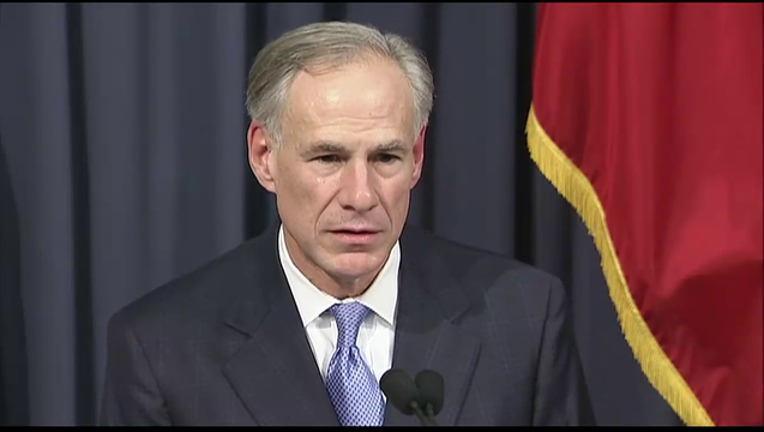 AUSTIN (AP) - AUSTIN, Texas (AP) - Republican Texas Gov. Greg Abbott on Friday criticized as "completely inadequate" the Trump administration's $44 billion request to Congress for disaster relief in his hurricane-ravaged state and other areas hammered by storms. The White House shot back that Texas may want to foot more of the bill for its own recovery.

Abbott has lavished praise on the federal government since Hurricane Harvey killed more than 80 people, triggered historic flooding in Houston - the nation's fourth largest city - and caused an estimated $180 billion in damage. On Friday, he refused to criticize President Donald Trump by name, but said his administration's request "is completely inadequate for the needs of the state of Texas, and I believe, does not live up to what the president wants to achieve."

A short time later in Washington, however, White House Press Secretary Sarah Huckabee Sanders appeared to contradict that, suggesting that Texas hasn't put up enough of its own money for Harvey recovery.

"We feel strongly that they should step up and play a role and work with the federal government in this process," Sanders said. "We did a thorough assessment and that was completed and this was the number that we put forward to Congress today."

The request is Trump's third since hurricanes Harvey, Irma and Maria hit Texas, Florida and the Caribbean. If approved, it would bring the total appropriated for disaster relief this fall close to $100 billion - and that doesn't include most of the money to rebuild Puerto Rico's devastated housing stock and electric grid.

Abbott complained that Congress approved more funding, more quickly to areas affected by Superstorm Sandy in 2012 "which was half the storm of what Hurricane Harvey was."

"You can see that this falls short," Abbott said. "Hopefully, this is just one of multiple steps along the pathway."

Abbott has visited Washington repeatedly in recent weeks, lobbying for $61 billion in disaster relief he says his state needs just for infrastructure - including ambitious projects meant to combat future floods. Not only is Friday's request far less than that, but Texas will have to share it - which didn't sit so well with Texas Sen. John Cornyn, the chamber's powerful majority whip.

"It's really time for the federal government to live up to its responsibilities," Cornyn said at the same Austin news conference.

He recalled that Puerto Rico's governor requested more than $90 billion, just for his island's recovery.

"Just imagine, given the size and scope of our great state, extrapolate that," Cornyn said. "We're not asking for that. We are asking to be treated fairly. And we intend to fight for that."

At the same event, the U.S. Department of Housing and Urban Development announced that $5 billion was being allocated to Texas in federal grants that will help meet the long term needs of people whose homes were damaged or destroyed by Harvey. But even that may be a relative drop in the bucket since Abbott has said that, ultimately, his state will likely seek more than $50 billion in federal housing funding alone.