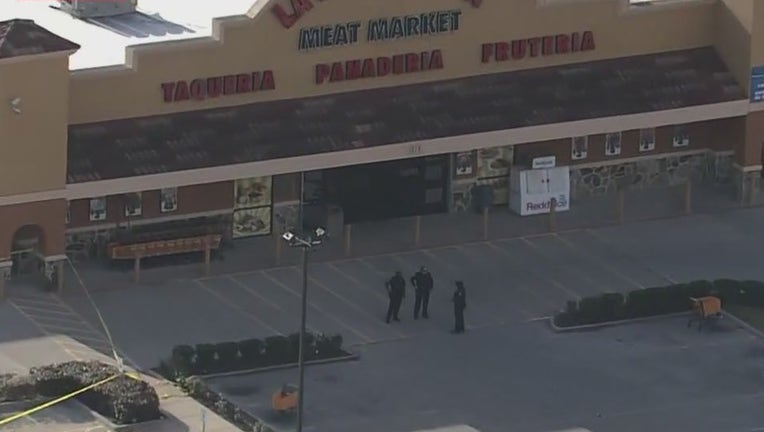 Photo from the scene from SkyFOX.

HARRIS COUNTY, Texas - The Harris County Sheriff's Office is investigating an afternoon shooting that ended with a teenager being airlifted to the hospital.

Authorities said when deputies arrived on the scene, they found a 16-year-old male teenager in the passenger seat of a 4-door vehicle with a single gunshot wound to the head.

The teen was taken to the hospital via Lifeflight where he is currently listed in critical condition.

Authorities said a preliminary investigation revealed that the victim and his brother were riding through the parking lot when they got into an altercation, both verbal and with gestures, which escalated to a shooting.

Officials said they are currently looking for two males, possibly juveniles, one who may be Hispanic and the other who may be Black. They were both on foot at the time of the incident.

Currently, officials have not located any independent witnesses.