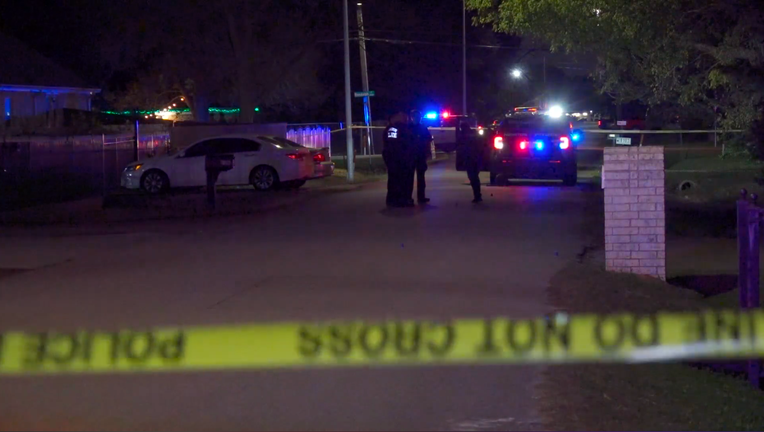 19-year-old shot in head at house on Sweetwater Ln.

HOUSTON - A 19-year-old is in the hospital after being shot in a head during a targeted drive-by Monday night.

Houston police say they were called to a reported shooting drive by around 10:38 p.m. in the 8100 block of Sweetwater Ln on the Houston's Northside.

HPD's Lieutenant Pavel says when officers arrived at the house, they were able to see the victim.

They found the teen in the kitchen where he was shot one time in the head.

Lt. Pavel says the victim was still coherent and able to speak.

Emergency crews immediately transported him to a local hospital, where he is expected to survive.

Witnesses told police that they saw a black four-door sedan drive by and start shooting at the house with what may have been an AR-15.

The suspect or suspects shot between 10 and 20 bullets. Because the victim had just walked in the house and the amount of bullets, police do believe that the shooting was targeted.

"The sad thing is, about a year ago, the brother of the victim here was killed in a shooting as well," said Lt. Pavel.

Police are still trying to gather as much information from witnesses and also from any video footage from the neighborss.