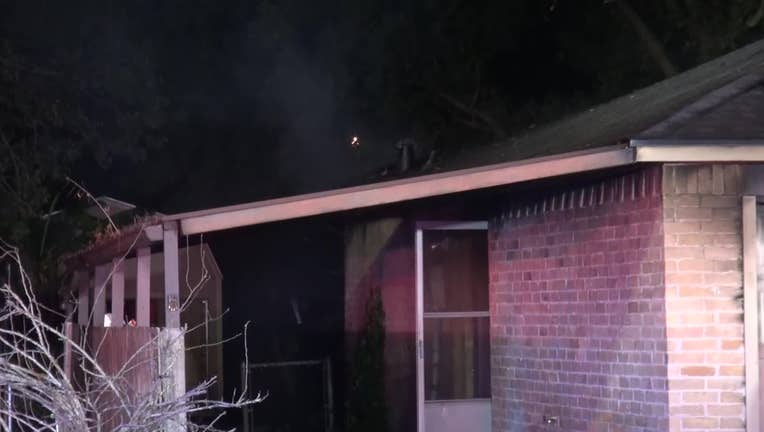 Firefighters responded to a fire at a home on Ridgecrest Drive.

Officials say a teen was taken to the hospital with second- and third-degree burns over 50 percent of her body after a house fire in Montgomery County.

Firefighters responded to the home on Ridgecrest Drive in the Lake Conroe Hills subdivision just after midnight Tuesday.

There was heavy fire coming from the home when crews arrived.

Firefighters found an 18-year-old in the house and brought her out. She was taken to the hospital with burns.

A 31-year-old woman and three children were able to get out of the house. The woman had a laceration to her leg.