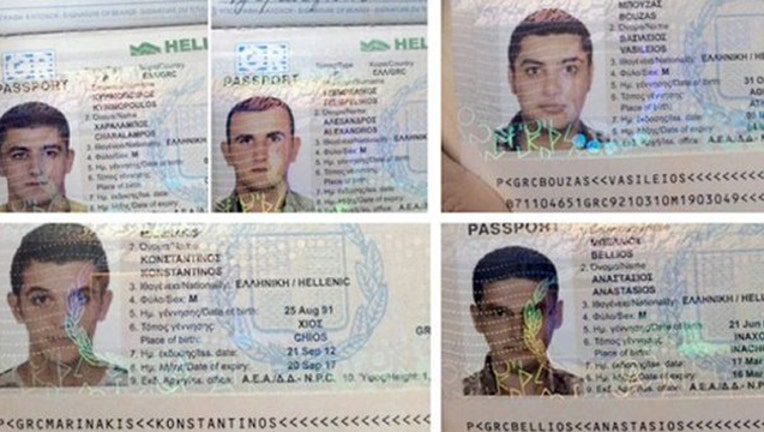 MEXICO CITY (AP) — Five Syrians have been detained on charges of falsifying documents after trying to use stolen Greek passports to enter Honduras, a law enforcement spokesman for the Central American country said Wednesday.

Police spokesman Anibal Baca said the men were detained on Tuesday at the Tegucigalpa international airport on an alert from Interpol about the passports. He said the international organization followed the group from Syria, to Lebanon and Turkey, then on to Brazil, Argentina, Costa Rica and Honduras.

There was no indication that the men were suspected of anything except carrying stolen documents to the Central American nation.

Baca said Wednesday that the men indicated they planned to travel to the United States.

Honduras is a common route for migrants trying to reach the United States, but it's unlikely the men would have been able to enter the U.S. with the stolen passports. U.S. Customs and Border Protection officers scan the passports of each traveler and have access to information about stolen passports.

Europeans are generally allowed to freely travel to the United States as residents of so-called visa waiver countries, but they are still must seek permission to travel to the U.S. through the Homeland Security Department's Electronic System for Travel Authorization, or ESTA.

The ESTA system is used to verify that travelers from countries that aren't required to apply for a visa are eligible to visit the U.S.