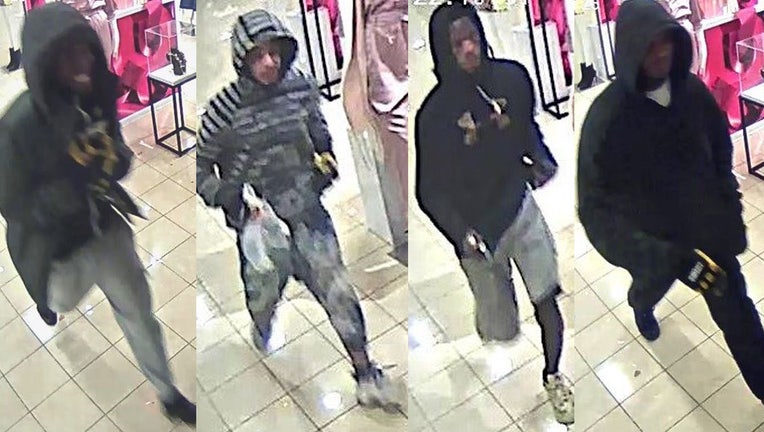 HOUSTON - Police are searching four suspects responsible for a smash-and-grab at Memorial City Mall in December that sent shoppers into a panic.

On Friday, police released photos of the unidentified males who they say stole watches from a department store at the mall on December 22.

Police say one of the suspects used a hammer to break the glass of a display case, and the other three males were caught on video taking the watches.

Shoppers were sent into a panic, fleeing the mall and hiding in bathrooms after confusing the bangs from the robbery as gunfire. Police responded and learned no shots had been fired.

Anyone with information on any of the suspects is asked to call Crime Stoppers at (713)222-TIPS.