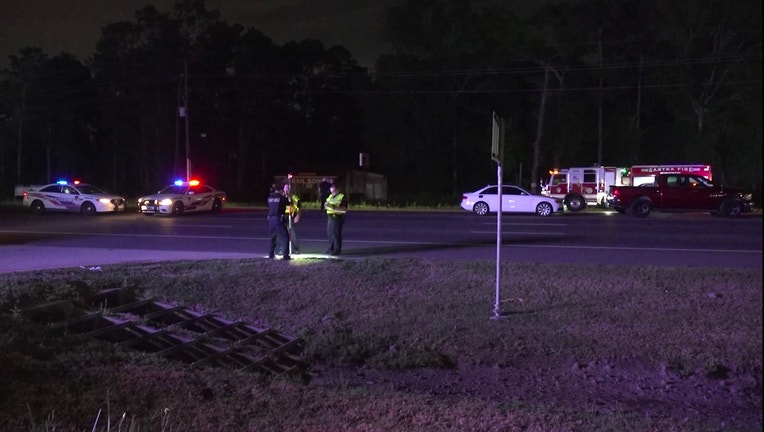 HUMBLE, Texas - Deputies say a suspected drunk driver is facing multiple charges in connection to a hit-and-run crash that left a man dead near Humble.

The Harris County Pct. 4 Constable’s Office is investigating the deadly crash that occurred in the 8700 block of FM 1960 around 10 p.m. Sunday.

Authorities say a man was pushing a bike across the street when he was struck by a pickup truck.

The constable's office says the driver did not stop, but was later found hiding inside the bathroom of a gas station. 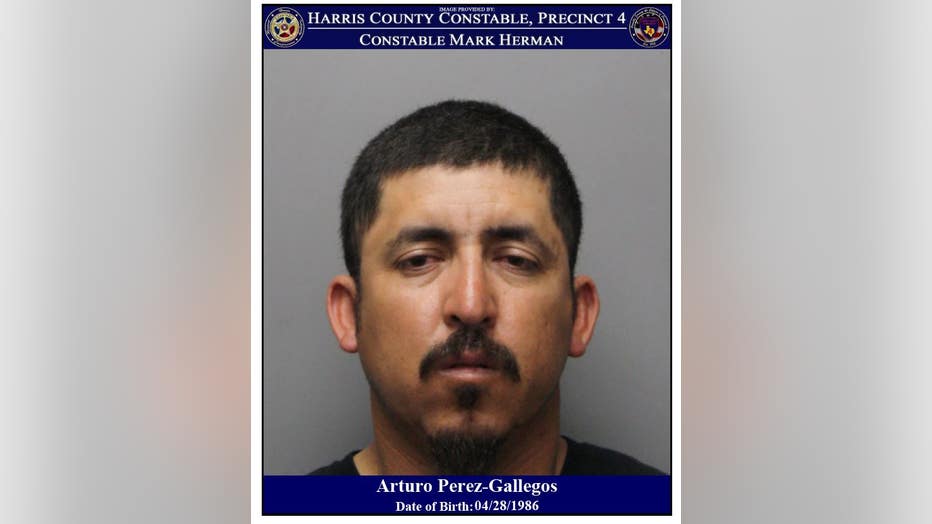 The suspect was identified as 33-year-old Arturo Perez-Gallegos.

A field sobriety test was administered and results are pending for a blood draw that was taken at a hospital. The constable's office says he displayed several signs of intoxication.

According to Sean Teare, Chief of the Harris County District Attorney’s Office Vehicular Crimes Division, the driver will be charged with driving while intoxicated with a child passenger and failure to stop and render aid resulting in death. Teare says he could face additional charges once the investigation is complete.

Deputies have not released the victim’s identity.