HOUSTON - Houston police say they are searching for a person of interest after they arrested a suspect believed to be responsible for the shooting death of a Houston police sergeant.

HPD Chief Art Acevedo said in a tweet that the suspect in Sgt. Sean Rios' death had been taken into custody without incident.

Soliz, 24, has been charged with murder and is being processed at HPD Headquarters.

"We can all breath a sigh of relief," Acevedo tweeted.

Now, police are looking for a man of extreme interest in the death of Sgt. Rios.

During a press conference Tuesday, Chief Acevedo showed surveillance video of the wanted man, pictured below.

Houston police released a surveillance video of a man police are looking for in relation to the shooting death of Sgt. Rios. 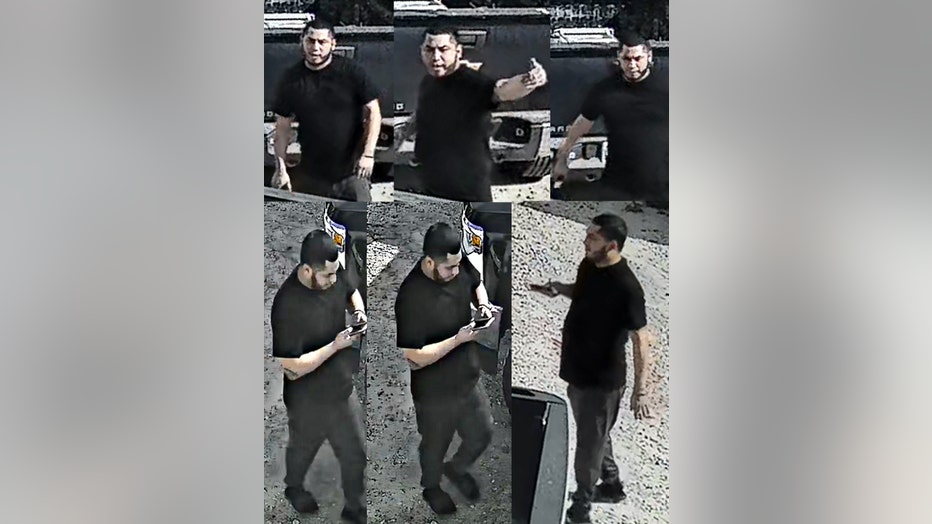 Anyone with information should contact the Houston Police Homicide Unit or Crime Stoppers.

Sgt. Rios, who leaves behind four children, was shot and killed in north Houston on Monday afternoon during a "gun battle" outside a motel. 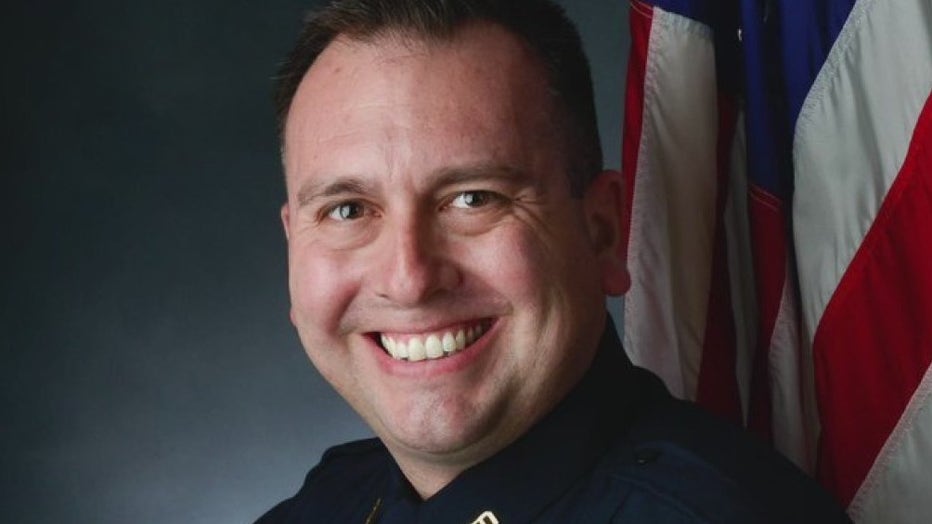 Acevedo said on Monday that there were leads and suspects, giving them a stern warning.

A manhunt is underway for the suspects in the shooting death of Houston Police Sergeant Sean Rios.

A manhunt is underway by Houston Police after an officer-involved shooting left a sergeant dead Monday afternoon.