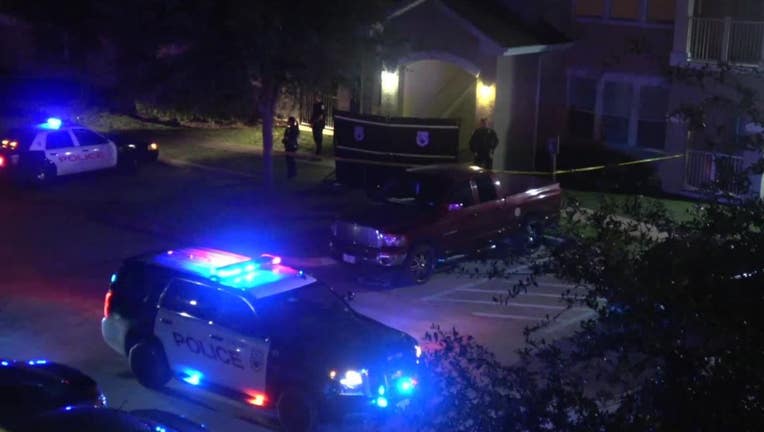 TEXAS CITY, Texas - Police say a suspect they believe to be responsible for a deadly shooting and carjacking at an apartment complex has been charged with capital murder and aggravated robbery.

Investigators say a 45-year-old man was shot and killed during a carjacking at an apartment complex on Medical Center Drive near the Emmett F. Lowry Expressway around 8:30 p.m. Sunday.

Witnesses described the suspect as being a younger black male with a thin build, approximately 5’10, wearing blue jeans and a white shirt. The suspect was seen leaving in the victim’s 2016 white Nissan Maxima displaying Texas temporary license plate 42350U3.

While investigating, officers learned of another carjacking that had occurred around 8:15 p.m. at the Metro PCS store located in Mainland Mall Shopping Center at 5320 FM 1765.

The victims of this robbery told officers that a black male between 17 and 19 years of age wearing blue jeans and a white hooded sweatshirt approached them in the parking lot and pulled a handgun. The suspect demanded the victims keys to their red 2002 Honda Odyssey minivan. The victims say they complied and the suspect drove away in the minivan.

During the investigation at the apartments, the red Honda Odyssey taken from Metro PCS was located in the complex parking lot and transported to the Texas City Police Department for processing. Investigators believe the suspect is responsible for both incidents.

The suspect has been charged with capital murder and aggravated robbery.

The Mainland Communities Crime Stoppers is offering a reward of up to $1,000 for information leading to the arrest or charges filed in this case. If you have any information, and would like to remain anonymous,  contact Crime Stoppers at (409) 945-TIPS (8477) or online at p3tips.com.