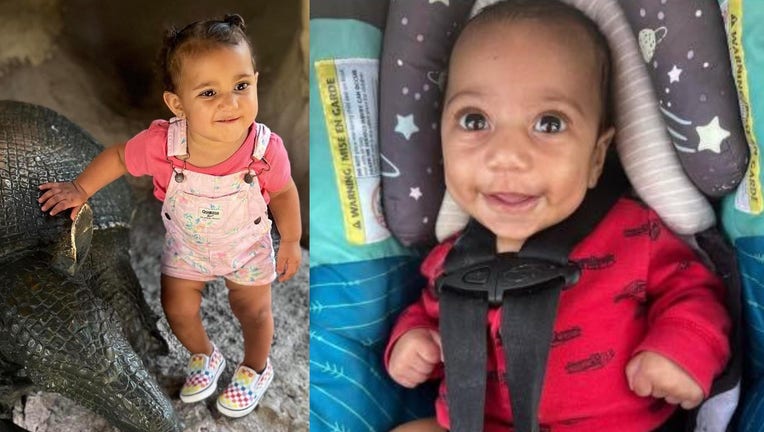 SUGAR LAND, Texas - Two Sugar Land children, who were reportedly taken by their father on Tuesday, have been found safe. Sugar Land Police confirmed they had been located on Thursday morning.

Police say 18-month-old Elena Barras and 4-month-old Emmanuel Barras had been taken by their biological father Taylor Hudson-Oneal "under suspicious circumstances" while he was visiting them.

The Sugar Land Police Department is asking for the public's help to locate two young children.

According to SLPD, Hudson-Oneal was with his ex-girlfriend and their two children when he unexpectedly left in the ex-girlfriend’s silver Volkswagen Passat, taking the kids with him.

Police say Hudson-Oneal is not the primary caregiver.

He also does not live with the children and has limited contact with them.

Police say Hudson-Oneal is now in custody and is facing auto theft charges.