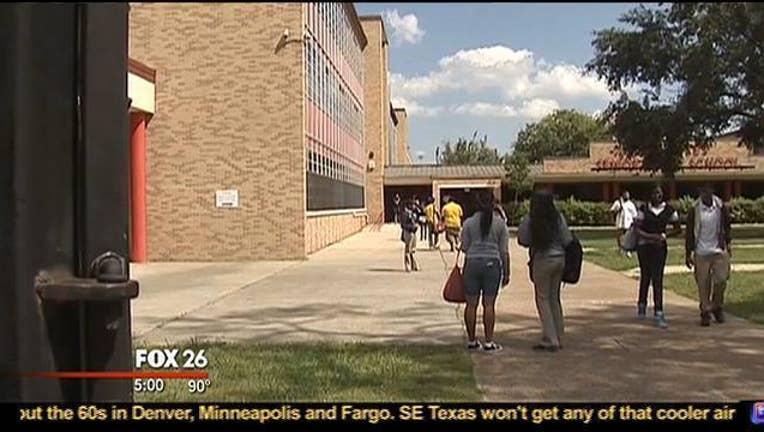 Out of a deeply troubled Houston ISD campus there are new and disturbing allegations of professional misconduct against multiple female students by at least one male administrator.

The institution is Jack Yates High School and the claim is inappropriate touching and sexual harassment.

"You need to say something because you all can't be subjected to this," says a Yates on a recording last May.

The recording reveals a conversation with at least four female students, all of whom claimed they'd been in appropriately touched by a male assistant principal.

"He was like 'Ooh, ooh' and hugging on me and I just kept saying stop touching me, stop touching me. I said stop touching me and he walked away and said 'You know girl, you know you like me touching you' and that's when I knew that man was a pervert," says a female Yates student in the recording.

The teacher advises the girls to speak out.

"We have been talking about this in class. That is inappropriate," said the teacher can be heard saying on the recording.

"Ever since then she's been uneasy because nothing was being done. She didn't see the administrator removed from campus at all," said Monroe.

Monday Monroe delivered the evidence to HISD'S Chief Auditor who he says advised him to take the recording public.

"So that other young ladies could come forward if they feel the same way that this happened to them. What we need to find out is if anything inappropriate has been done to our children on this campus and that's any school. That's what needs to be done now," said Monroe.

In an emailed statement to FOX 26 an HISD spokesperson says the case was "investigated and closed."