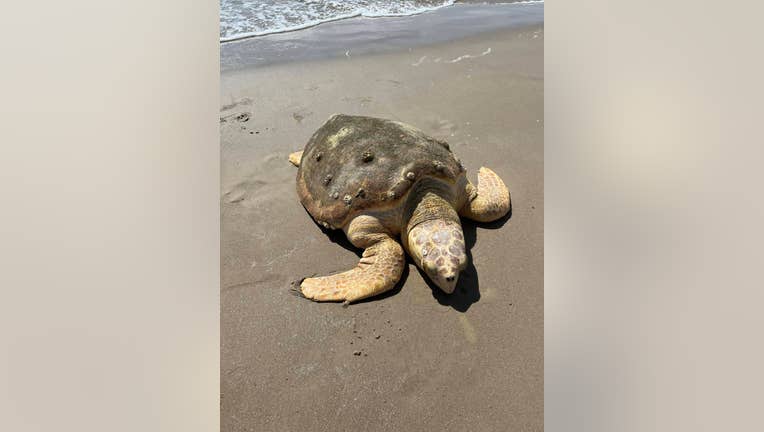 BRAZORIA COUNTY, Texas - A stranded turtle has been relocated after being found on Quintana Beach recently.

According to officials with Quintana Beach County park, they received a call on Thursday morning about the turtle.

Park staff contacted turtle rescue and stayed with the animal until help could arrive.

The turtle is said to be a female loggerhead, one of five species of sea turtles that live in the Gulf of Mexico.

Park officials said an alarming number of loggerheads have been stranding on Texas beaches this year.

Most of the strandings, according to officials, have occurred in Texas' Coastal Bend between Calhoun and Kleberg County.

Around two-thirds of stranded sea turtles are found dead, according to the U.S. Fish and Wildlife Service. The ones that are found alive are 'underweight and emaciated.'

If you find a stranded sea turtle, call 1-866-TURTLE-5. Be sure to listen to the options on the recording to be connected with the correct rescue group in the area.

Some things you can do, if possible, include covering the turtle with a wet towel and/or shade it from the sun. Be sure to not put water in its mouth. Stay with the turtle until officials arrive, and keep the public away from the turtle.