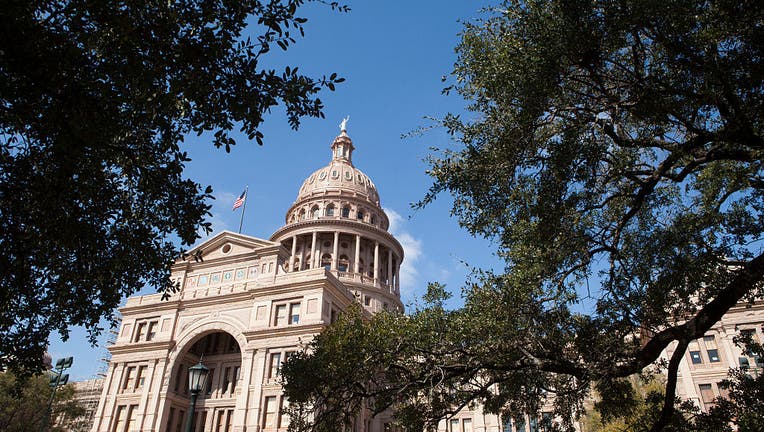 FILE: The Texas State Capitol is seen through the trees, on February 22, 2016 in Austin, Texas. The Capitol, completed in 1888 in downtown Austin, contains the offices and chambers of the Texas Legislature and the Office of the Governor. (Photo by Melanie Stetson Freeman/The Christian Science Monitor via Getty Images)

HOUSTON - Not long ago, Berta Patterson’s corner of Houston was as symbolically red as they come.

Up the road is the Harris County GOP headquarters. In the other direction are the old 9th floor offices of the late Republican President George H.W. Bush. Roughly in between is Trini Mendenhall Community Center, where Patterson cast her ballot this month — for all Democratic candidates. Two years ago, the party fell just 47 votes shy of ousting the district’s longtime Republican state representative.

The district now is a battleground for control of the Texas House and is part of an intense national fight for political power in state legislatures. The outcomes could shape the way voting districts are redrawn for Congress for the next decade.

“There is no exaggeration here, the Texas state House is the key to future power in America. It’s the crown jewel of redistricting,” said Vicky Hausman, co-founder of Forward Majority, a Democratic organization that is targeting key Republican-led legislatures in the Nov. 3 elections.

Voters are electing more than 5,000 state lawmakers in 35 states who will play a significant role in crafting or passing new maps for Congress or state legislative districts. Voters also are electing governors in eight states who could enact or veto those maps. And they are deciding ballot measures in three states — Missouri, New Jersey and Virginia — that could change the process or timing for redrawing districts.

In most states, this is the last election before U.S. House and state legislative districts must be redrawn to balance the number of residents based on the 2020 census.

Though a growing number of states have entrusted redistricting to independent commissions, the responsibility in a majority of states still rests with state lawmakers whose work is subject to gubernatorial approval. Parties that control the process can draw maps to their advantage, a tactic known as gerrymandering.

Democrats are especially motivated this year because Republicans generally trounced them during the last round of redistricting. After posting big wins in the 2010 state elections, Republicans used their enlarged majorities in some states to draw favorable maps. Democrats forced some of those maps to be redrawn through successful court challenges, but others have remained in place for the full decade.

A variety of Democratic groups, including one aided by former President Barack Obama and former Attorney General Eric Holder, are collectively pouring tens of millions of dollars into state legislative races. Holder’s group has given money to 261 state legislative candidates who could influence redistricting in 11 states.

Democrats are being countered financially by the Republican State Leadership Committee, which also coordinated the GOP’s successful effort a decade ago.

According to the Republican committee, the outcome of as few as 42 state legislative races in 10 states could determine control of as many as 136 seats in Congress, when accounting for the potential swing from the most Republican-leaning maps to the most Democratic-tilted districts that could be drawn by the victors.

“The margins are extremely tight, and the stakes are extremely high, and it’s going to determine what this country looks like for at least the next decade, possibly two,” said RSLC President Austin Chambers.

Even as Democrats made gains in the 2018 midterm elections, Republicans still hold full control in 29 of the 49 partisan state legislatures, compared to just 19 for Democrats. Nebraska’s single-chamber legislature is officially nonpartisan. Minnesota has the only politically split House and Senate.

Democrats stand a good chance of winning the two seats needed to flip Minnesota’s Republican-led Senate. That would give Democratic lawmakers and Gov. Tim Walz full control over redistricting.

North Carolina’s legislative elections are particularly important because the governor cannot veto maps drawn by the House and Senate. Some candidates there are running in a different district for the third time in as many elections, after courts repeatedly tossed out maps passed by the GOP-led Legislature.

Some North Carolina Democrats are running on a pledge to support the creation of an independent redistricting commission.

Krawiec said she doubts it’s possible to assemble a truly nonpartisan redistricting commission and doubts Democrats would follow through with it if they won legislative power. For more than a century until 2011, Democrats drew North Carolina districts that “were extremely gerrymandered, and they’re much better now,” Krawiec said.

A lot also is at stake in Texas, which is second only to California in congressional representation and is likely to gain even more U.S. House seats when the census measures its rapid population growth. Republicans currently hold every statewide office, both chambers of the Texas Legislature and nearly two-thirds of its congressional delegation.

But Democrats need to flip just nine seats to take control of the state House for the first time since 2002. Doing so would give them a blockade against Republican measures on abortion, immigration and voting rights that have roiled the Texas Capitol for years. It also would give Democrats a say in the redistricting process.

The Democratic targets include nine Republican-held districts in the Dallas, Houston and San Antonio areas that Democrat Beto O’Rourke carried in his narrow U.S. Senate loss in 2018. This year, O’Rourke is helping coordinate hundreds of thousands of phone calls in those districts urging voters to support the Democratic candidates.

One of those districts, on Houston’s west side, reflects the GOP’s slipping grip on the suburbs nationally.

The retiring incumbent, Republican Dwayne Bohac, drew national attention in 2013 for a bill that he said protected public school teachers to say “Merry Christmas” on campus. He won reelection the next year by a 3-to-1 margin.

But in his last election in 2018, Bohac prevailed by a mere one-tenth of percentage point in a race that helped the GOP withstand a Democratic wave.

This year, Democrat Akilah Bacy had raised more than twice as much money as Republican Lacey Hull heading into the final month of campaigning for the open seat. Though it’s a big deal to the party, Bacy said she knows redistricting power is not a top-of-mind issue for most voters in the midst of the coronavirus pandemic and a shaken economy.

“If we flip the Texas House, redistricting is coming up! And people are like, ’What are you talking about?’” Bacy said. “I just try to talk about the issues that matter most. The basic, kitchen-table issues.”

Chambers, the head of the Republicans’ state elections organization, said he thinks the GOP can hold onto the Texas House, “but it’s going to be a fight all the way until the end.”

Democrats “would need to have a perfect night” to flip the Texas House, said Jessica Post, president of the Democratic Legislative Campaign Committee.

The challenge, she said, is that “we’re running on Republican-drawn maps that were designed to sustain high-water marks of Democratic performance,”