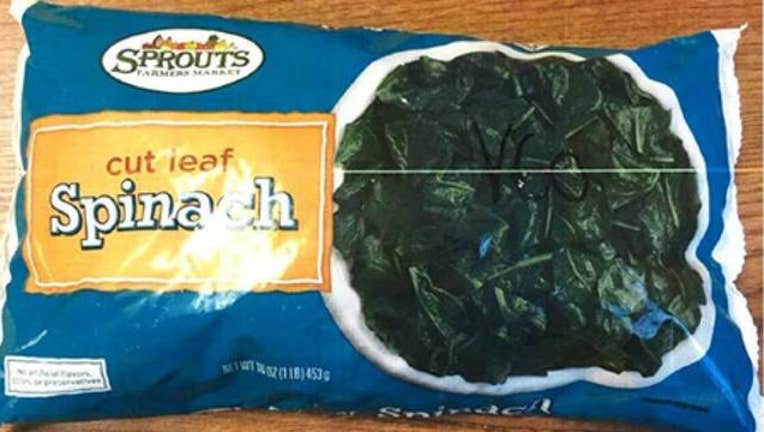 The store issued a recall for Frozen Cut Leaf Spinach conventional and organic 16-ounce bags manufactured by National Frozen Foods of Oregon, according to the U.S. Food and Drug Administration.

This comes after the food was potentially contaminated with Listeria monocytogenes, which can cause serious and sometimes fatal infections. Random sampling revealed the finished products had bacteria.

No illnesses have been reported at this time.

Sprouts has since removed all the recalled product from its stores and is conducting an investigation with National Frozen Foods.

If you've purchased the products, you're asked to throw them out or return them to the store of purchase.

Products that have been recalled: