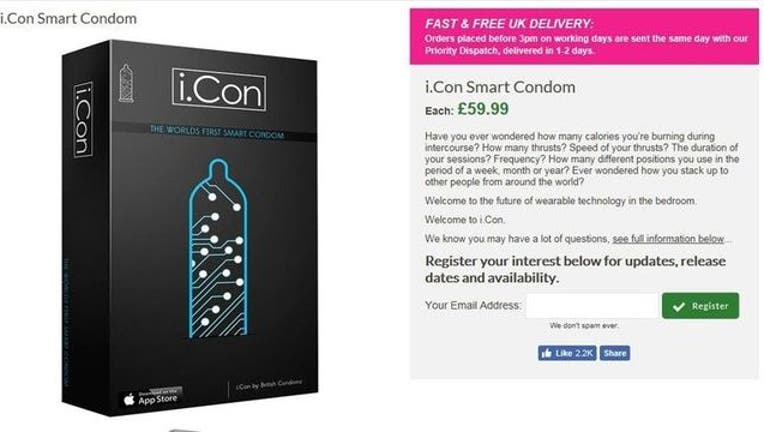 CHICAGO (FOX 32 News) - A “Smart” condom has been created that can rate your sexual performance.

A British company has created the “i-Con” – a “smart” condom that can rate sexual performance and detect sexually transmitted diseases.

The i-Con has the ability to gather data during intercourse – including calories burnt, number and speed of thrusts, girth measurements, and different positions used per week, month, or year.

It will also have the ability to detect Chlamydia, Syphilis, as well as other sexually transmitted diseases.

The Nottingham, U.K.-based company will keep data and information anonymous, giving users the option to share their data with whomever they choose.

The condom will use a nan-chip and Bluetooth technology to transmit the date to a smartphone app.

Over 90,000 people have pre-ordered the product at a cost of 59.99 euros, which will be released later this year.

There is no timeline for a U.S. product release.