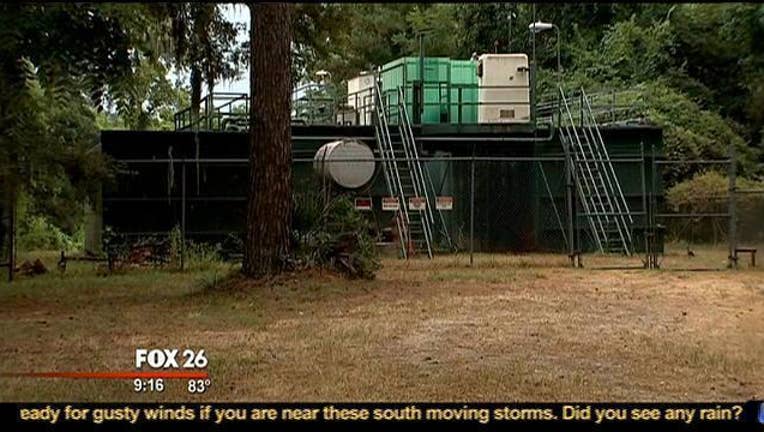 That annoying sound that's hard to ignore in Kurt Blackburn's backyard is coming from the Woodloch water treatment plant.

"It's just insanely loud out back there you can't even think," Blackburn said.

To make matters worse Blackburn is paying for the deafening sound.

"I'm outside of Woodloch," said David Bonham. "In 2013 the town put in a rate increase that essentially doubled our water rates."

Bonham and Blackburn are part of about 174 homes that get water from Woodloch but don't live on the 2 streets that are U shaped and make up the town of Woodloch.

"We don't even get to use their pool we pay to keep clean," Blackburn said.

But yet some folks pay around 200 bucks a month for water.

You can probably understand why the non Woodloch residents that are paying out the you know what for water filed suit with the Public Utility Commission.

"I personally see neighbors struggling because of their water bill," said Miriam Gomez.

Now the residents who sued are being charged an additional 35 dollars a month to pay Woodloch's legal expenses.

"This extra charge has brought a lot of struggles and suffering to these families and it's hard to see that," Gomez said.

A city hall meeting was scheduled for 7pm Tuesday but was suddenly postponed and we were told the Woodloch mayor wasn't available to answer our questions.