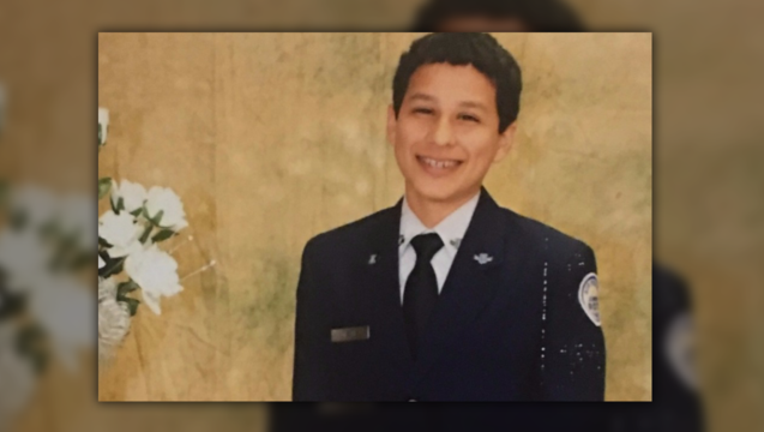 SAN ANTONIO - The family of a Texas teen who hanged himself says their son was involved in a ghoulish online game that calls on participants to complete a series of tasks before taking their own lives, and some schools are warning parents about the so-called Blue Whale Challenge.

Jorge Gonzalez told San Antonio television station WOAI that he wanted to caution others after his son, Isaiah, was found hanging in his bedroom closet Saturday in the family's home with his cellphone propped up on a shoe to record his death.

A report on the boy's death from the San Antonio Police Department does not mention the challenge. But Gonzalez' family said in the days after the teen died, they pieced together from his social media and communication with friends that he had participated in the game.

His sister, Alexis, told the TV station that a person behind the challenge had gathered personal information from Isaiah and had threatened to harm the family.

The police department did not return a message left by The Associated Press asking whether authorities were investigating the game as a factor in the case. Many parents and other authorities are skeptical that the game actually exists, citing a lack of suicides directly attributed to it.

Agent Michelle Lee of the FBI's San Antonio office said the agency is not assisting in the investigation, but urged parents to monitor their children's online activities.

"It's a reminder of one of the many dangers and vulnerabilities that children face using various social media and apps online every day," Lee said. "Parents must remain vigilant and monitor their child's usage of the internet."

Gonzalez is the second parent this week to tell news outlets about a child who died by suicide allegedly as a result of the game. A Georgia woman spoke Monday to CNN about her 16-year-old daughter killing herself as part of the challenge but asked that their names not be used.

Educators, law enforcement officers and parents across the country have reported rumors about the challenge for months. But until this week, there had been no allegations in the United States about a death directly linked to the game. Suicides in Russia, Brazil and a half dozen other countries were reportedly linked to the challenge in cases that usually involved teenagers or young adults.

Notes have been posted on school district social media pages and sent home to parents in school districts across the country, including Vacaville, California; Baldwin County, Alabama; Warwick, Rhode Island; and Denver.

In Connecticut, Danbury Public Schools Superintendent Sal Pascarella sent a short note to parents around May after administrators from the district's 19 schools started hearing about the challenge from kids as young as elementary schoolers.

"The elementary school principals started hearing their kids talk about this thing. Then the secondary principals started mentioning the same thing," he said. "We discovered on our school network content about the challenge had been looked at on YouTube. ... I decided I would rather err on the side of information with parents."

Parents allege that teens reach out to game administrators called curators through various social media platforms. Those curators lead the players through 50 days of challenges including watching scary movie clips, cutting symbols into their arms and legs and taking pictures of themselves in dangerous positions such as on the edge of a roof or on train tracks.

The participants are allegedly required to take pictures of their challenges being completed and share them before being directed to end their lives on the 50th day. A search of related hashtags on Instagram shows users posting pictures of scars and cuts or memes that depict suicide, and a similar Twitter search shows users reaching out for curators to lead them through the game.

The Center for Missing and Exploited Children is aware of the challenge and encourages parents to report it and similar activity to the center's cyber tip line even if they feel like they do not have enough information to go to police, said Eliza Harrell, the group's director of education and outreach.

Harrell said she had not heard about the use of threats and intimidation, but said it was particularly concerning.

"That really adds another level to this," she said. "We do not tend to address specific apps or games when we give advice to parents."

When parents talk to their children, "the underlying conversation needs to be about dealing with strangers online and putting themselves in a position of trust," she added. "It's an issue that a child is listening to someone anonymously and doing what they are told by a stranger to do."